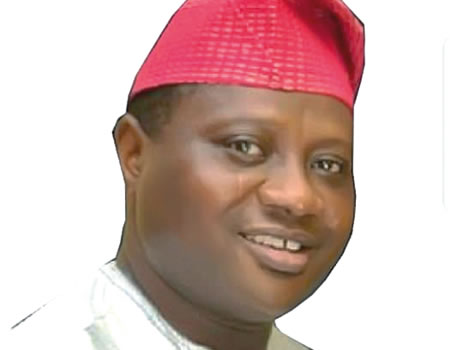 Less than 72 hours to the inauguration of the 9th Session of the National Assembly, the Presidency and the national leadership of the All Progressives Congress (APC) have been charged to support the candidature of Honourable Olajide Olatubosun for speaker of the House of Representatives in order to adjust the perceived religious imbalance in power sharing in the country.

A socio-political group, Intellectual People’s Forum, gave this charge on Saturday, noting that the decision of the ruling party to back Honourable Femi Gbajabiamila, who has, in turn, signed a deal to run with another Muslim, Honourable Idris Wase, as Deputy Speaker, was capable of threatening religious harmony and unity in the country.

The group, in a statement signed by its national coordinator, Cardinal Ola, maintained that Nigeria, being a secular state with a tradition of balancing power-sharing along the lines of the two major religions: Christianity and Islam, could be thrown into crisis if the APC does not consider a Christian for the post of speaker.

This was coming on the heels of several warnings, consultations and publications from the Christian Association of Nigeria (CAN) and other well-meaning bodies over plots to give the National Assembly, especially the House of Representatives an all-Muslim leadership, a development that has been described as capable of putting the control of the three arms of government in the hands of one religion.

Noting that the fragile peace and tolerance in the country could be threatened if the imbalance currently being witnessed is allowed to fester, the Intellectual People’s Forum called on the APC leadership to consider Hon. Olatubosun as speaker, saying he possessed the necessary qualities and experience to occupy the number four position in the land.

“We have been watching the political developments surrounding the leadership of the 9th National Assembly and we can say that the signs are ominous in that enough room is not being created for religious balance. The Christian Association of Nigeria and other well-meaning individuals and bodies have raised the matter, but the APC appears to be hell-bent on its decision in the name of party supremacy.

“Everyone should know that Nigeria matters more than any ruling party and patriotism to Nigeria should be first rather than loyalty to a party. A situation where we have a Muslim President, Senate President, Speaker and Deputy Speaker can only prepare the ground for disharmony and intolerance. This is why the APC should reconsider its stand by supporting Hon. Olatubosun, a Christian from the South-West.

“Not only is Hon. Olatubosun liberal, he is open to working with all sides to bring about a robust legislature and it is our considered view that frayed nerves will be calmed if he is backed to become the speaker,” the group stated.

I won’t appear before your disciplinary committee, Shuaibu tells Oshiomhole