Education
By Tunbosun Ogundare|Lagos On Jan 7, 2021 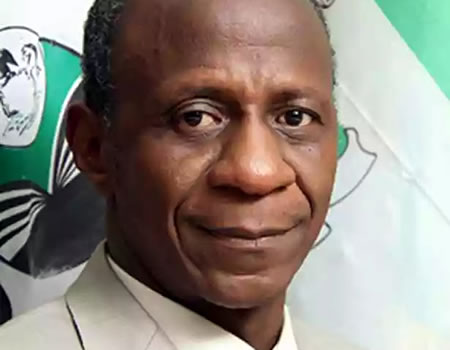 Executive Secretary of the Tertiary Education Trust Fund (TETFund), Professor Suleiman Bogoro, has put the student population of all private universities in the country at only 5.4 per cent of the total number of students in Nigerian universities.

He gave the statistics at a recent joint TETFund and Federal Inland Revenue Service (FIRS) forum held in Lagos, which attracted many stakeholders..

He said it was  rather absurd that some people were canvassing for inclusion of private tertiary schools among the beneficiaries of TETFund interventions, saying the fund was set up to cater solely for the needs of public tertiary institutions from colleges of education, polytechnics to universities.

While noting that the idea to set up the fund came from the Academic Staff Union of Universities (ASUU), he said the purpose was for the overall interest of children from poor homes, majority of whom he said were students of public tertiary schools.

He described private schools as money-making ventures, adding that their inclusion as well as monotechnics into TETFund scheme would deny the children from poor homes the opportunity to have access to quality education

He, however, pointed out that a recommendation had already been made by the Federal Government to do an upward review of education tax from two per cent to three per cent, revealing that the matter was already before the National Assembly for action.

Speaking on stranded Nigerian scholars abroad, Professor Bogoro said many of those claims were actually fabricated and not true.

According to him, majority of the scholars who claimed to be under TETFund scheme and stranded abroad, went there on their own without the knowledge of their school authorities let alone TETFund.

He cited an example of some scholars who claimed to be stranded in Malaysia sometime ago, adding that TETFund later discovered through investigations that they were there without their schools’ approval.

He explained that TETfund had a well-laid down guidelines for scholars to follow, but expressed surprise that many of the scholars without approval were claiming to be under TETFund scheme and that they were stranded because of lack of money.

He said TETFund would never accept responsibility for such scholars under whatever guise.