900,000 hectares of farmlands ravaged by flood in Niger —SSG

Latest News
By Adelowo Oladipo and Leon Usigbe On Oct 18, 2020 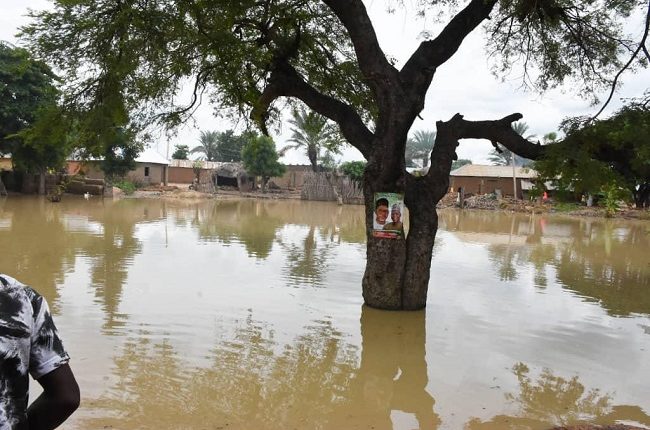 SECRETARY to the Niger State Government (SSG), Alhaji Ahmed Matane, has raised alarm that no fewer than 900,000 farmlands and several thousands of houses were submerged by the recent flooding in the state.

Matane stated this during a television interview which was monitored by Sunday Tribune towards marking this year’s World Food Day at the Federal Capital Territory.

The SSG further disclosed that properties estimated to cost about N4 billion were also destroyed in the flood disaster in parts of Niger State.

He explained that the flood experienced in the state this year was massive and devastating, stressing that the state government was embarking on measures that would bring an end to the perennial challenge.

He stated that government would continue to sensitive, educate, as well as create awareness to the general public especially communities at the flood prone areas of the state on the dangers of flooding.

Matane thereby appealed to the federal government to hasten the establishment of Hydroelectric Power Producing Areas Development Commission (HYPPADEC) with a view to permanently resettling communities affected by flood and help to put an end to the perennial flooding across member states across the country.

Meanwhile, President Muhammadu Buhari has approved the dispatch of special teams to deliver urgently needed assistance to 12 states most ravaged by the seasonal rains.

He gave the directive on Saturday after taking stock of the flood situation in the country.

According to a statement issued by Garba Shehu, Senior Special Assistant to the President (Media & Publicity), the states to receive the teams conveying reinforcement of reliefs and other equipment through the National Emergency Management Agency, NEMA, are Kebbi, Niger, Kwara, Kogi, Edo, Anambra, Delta, Kano, Jigawa, Rivers, Bayelsa and Adamawa States.

FG set to commence payment of N5,000 stipends to vulnerable people in Ogun