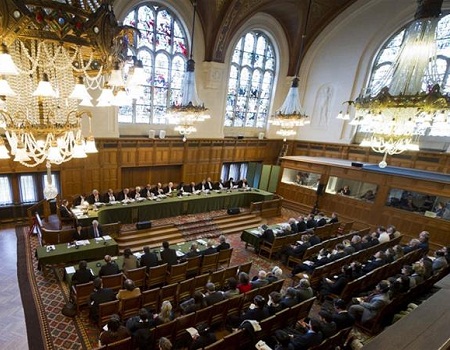 More revelations have emerged on the botched legal process instituted by Process and Industrial Developments Ltd (P&ID) against Nigeria which has now cost the country $9.6 billion in judgment debt that could cause further fiscal crisis should Nigeria eventually lose its latest appeal.

A London tribunal ruled earlier this month that Nigeria that was obligated to pay compensation to P&ID. Two of the three judges ruled that the company had the right to seize $9.6 billion in assets from the Nigerian government over the aborted project, although a minority judgment by Nigeria’s former Attorney-General and Minister of Justice, Mr. Bayo Ojo, decided that P&ID damages should not have been more than three years from the date of the alleged breach, concluding that $250 million was enough penalty.

However, Sunday Tribune’s investigation revealed additional details suggesting that there could be more involvement of some local interests than imagined and that Nigeria could have lost more money to the lawsuit.

The local interests, it was revealed, could have played significant roles in the outcome of the lawsuit, which made the obvious shoddy prosecution of the case on the part of government possible.

There was also  the suspicion that some officials of government could also have used the lawsuit as an opportunity to fleece the country of millions of dollars in estacode in the guise of travelling to witness proceedings..

A senior government official, who spoke to Sunday Tribune in confidence, in Abuja,  revealed that government was aware that the two Irish businessmen whose names were attached to P&ID Limited could also have had some Nigerians or Nigeria-based persons, who are highly connected in business and official circles, as associates.

As part of what is now being termed as conspiracy against the country, which the Federal Government, through the Attorney-General of the Federation and Minister of Justice, Mr Abubakar Malami, has promised to  unravel, Sunday Tribune learnt some officials of government also seized the opportunity provided by the lawsuit to make money.

No fewer than 10 civil servants, it was gathered, travelled abroad to attend arbitration and court hearings each time the case came up despite the country relying on the services of an international legal representative.

“A major issue is even about patriotism. Some Nigerians appear determined to ensure the downfall of the country as long as there is money for them to make,” the source stated.

The source also explained despite having  foreknowledge that the court would not sit on a particular occasion, the group made up of officials from two ministries and parastatal agencies would still travel and claim full estacodes.

The said officials, it was revealed, made millions of cash from such exercise that they should have used to  correctly advise the government on the right direction to take.

The judgment against the country, the source claimed, was a proof of the intents behind such journeys that failed to yield any positive result in the suit.

Also, crude oil prices have fallen below $60 per barrel budget benchmark and even for most of the first half of the year, the country was unable to meet the 2.4 million barrels per day production target.

Though Mr. Malami had promised to punish any government official whose action or inaction led to the award of $9 billion against Nigeria by the British court for contract violation, he also accused the Goodluck Jonathan administration for “conniving with local and International conspirators in a bid to inflict grave economic adversity on the Federal Republic of Nigeria and the good people of Nigeria.”

But one of Jonathan’s spokespersons, Mr. Reno Omokiri, had debunked Malami’s allegation, describing it as “nothing but a deliberate misinformation by an incompetent administration that is steeped in propaganda and wants to pull the wool over the eyes of Nigerians.”

He said the contract was signed in January 2010, whereas the Jonathan administration came into being, in acting capacity, on February 9, 2010.

Omokiri rather accused Malami of being responsible for the situation that Nigeria found itself as Jonathan’s efforts at damage control “were frustrated by Mr. Malami himself, along with his boss, General Buhari.

“Yes, the Jonathan administration was involved in negotiating a settlement with P&ID when the company initially went to arbitration. In the first instance, it negotiated down the demand by P&ID for loss of revenue to $1.5bn, then, this was again brought down to about $850m by that government”, he explained.