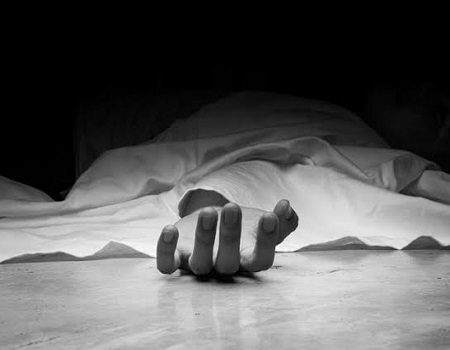 An 86-year-old man, Umoru Samuel, was on Saturday killed while trying to separate his son and a neighbour who were fighting over a misunderstanding at Okeagbe Akoko in Akoko North West Local Government Area of Ondo State.

Samuel was reportedly pushed by the neighbour, Leye Rufus Abeleje, who lived at Oge quarters of Okeagbe Akoko, which resulted in his death.

According to a source, all efforts to save the life of the old man were not successful as he was confirmed dead at the hospital.

The source explained that Samuel was recuperating from an illness before the fateful incident.

He said the old man tried to pacify Abeleje who was beating the old man’s son and was pushed by Abeleje and died in the process saying the unfortunate incident threw the entire community into confusion.

Confirming the incident, the Area Commander of Ikare unit of the Ondo State Police Command, Razak Rauf, said the suspect has been arrested by Police while investigation has begun into the matter.

In another development, a commercial motorcycle operator also died in Okeagbe after ramming into a car, the passenger, on the other hand, sustained injuries in the process.

It was gathered that the motorcyclist rammed into a car while the driver of the car was trying to open the door.

An eye witness explained that the commercial motorcycle rider was on top speed before hitting the car.

The Commander of Federal Road Safety Corps (FRSC) in Ikare unit, Mr. Yinka Akande, who confirmed the incident, attributed the accident to lack of patience and recklessness on the part of the motorcyclist.