83 per cent of business owners set to downsize, cut salaries, unless… ― LCCI 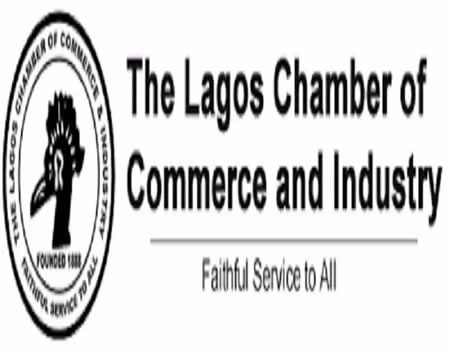 As individuals and businesses continue to feel the impact of the deadly coronavirus disease, across the globe, the Lagos Chamber of Commerce and Industry (LCCI) has said that majority (83%) of business owners, in Nigeria, might be forced to cut down salaries, downsize their workforces or carried out both, unless there are interventions to mitigate the negative effects of the pandemic on businesses, from appropriate quarters.

Disclosing this at a press briefing, on the state of the economy, held, on Tuesday, in Lagos, the Chamber’s president, Mrs Toki Mabogunje, stated that a survey carried out, recently, by the Chamber, on the impact of COVID 19 lockdown on businesses, showed that demands had reduced significantly, with revenue severely affected.

According to her, businesses all over the country had, therefore, continued to request adequate stimulus and intervention to preserve investments and save jobs.

“More than half (54%) of business owners want banks to reduce the interest rate and give moratorium on loans, 29 per cent want a reduction in tax liabilities, while 17 per cent want waivers on import duties and demurrages,” she added.

The LCCI boss, therefore, stated that unless such requests were granted, many businesses would be left with no option than to cut workers’ salaries and downsize their workforces.

Mabogunje urged the Federal Government to suspend, albeit temporarily, the implementation of the 50 per cent increase in the Value Added Tax (VAT) till the end of 2020, to avoid the looming danger of high business mortality rate in the country.

She stated that such suspension would help in boosting the purchasing power and aggregate demand of the average Nigerian, thereby stimulating the nation’s economy.

According to the LCCI boss, COVID-19 pandemic had continued to ravage individuals and nations’ economies, thereby leading to an unprecedented collapse in commodity prices, capital flight, turmoil in the capital market, supply chain disruption across sectors and destabilization of commercial and economic activities.

She, therefore, stressed the need for stakeholders, including individuals, businesses and governments to work together, in order to salvage the nation’s threatened economy.

Describing the nation’s economic outlook as bleak, as a fallout of COVID-19, the LCCI boss also called for a year tax break for healthcare and pharmaceutical companies, airlines, manufacturers, agro-processors, SMEs and hospitality players, to serve as a relief for the ailing sectors.

“We see the short to medium-term outlook for the economy as bleak, as the pandemic has led to an unprecedented collapse in commodity prices, capital flight, turmoil in the capital market, supply chain disruption across sectors and destabilization of commercial and economic activities. Hence, we resonate with the International Monetary Fund’s position on a looming severe contraction of the economy by year end-2020,” she added.

While also calling for a one-year waiver for the nation’s agro-processing companies, as a way of supporting food security and agricultural supplies, Mabogunje would also want the nation’s commercial banks to offer a reprieve, to businesses and corporates indebted to them.

The reprieve, she stated, could be in form of loan moratorium and restructuring.

The LCCI boss also called on the nation’s apex bank, the Central Bank of Nigeria (CBN), to review downward, its cash reserve ratio, from 27.5 per cent to 20 per cent, to enable the nation’s commercial banks to have more liquidity to support businesses.

“We also recommend that in the nation’s aviation industry, support must be rendered toward augmenting insurance premiums which are dollar-denominated, as covers were mostly underwritten abroad due to lack of local capacity,” Mabogunje added.