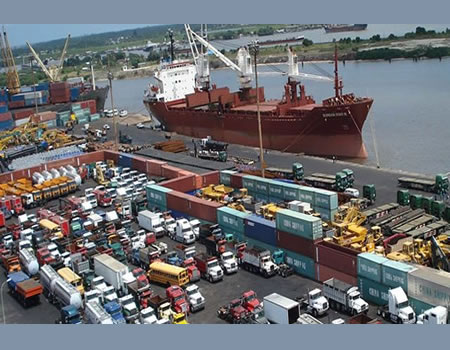 The Shippers Association of Lagos (SALS) over the weekend said that 82 per cent of Nigeria’s exported agro-allied products are either seized or rejected in Europe.

According to a statement signed by SALS President, Rev Jonathan Nicole, the group also attributed the quest for a more conducive trade environment to the lingering effects of agitations, lawlessness and other negative consequences experienced in 2021.

He called on the port economic regulator to be more proactive in curtailing and eliminating the root causes of maritime backwardness.

Nicole noted that the restrictions on foreign exchange would be counterproductive as a lot of industries would be grossly affected by the policy.

According to him, import trade will suffer due to foreign exchange restrictions.

He noted that importers could hardly pay freight charges as the approved window was $5,000 limit for 30 days.

“Freight above $5,000 will be held up until freight charges have been fully prepaid upfront. Goods will attract storage charges abroad for as long as the freight is pending and this type of restriction is counterproductive.

“However, it is encouraging that President Buhari promised to provide foreign exchange for industries and manufactures in 2022 because of the importance of local production of essential materials and for exports,” he said.
Nicole noted that the other major challenge was that 82 per cent of the country agro-allied products are either seized or rejected by EU countries, reasons being that they are illegally exported without certification of government agencies.

“82 per cent of export cargo is enormous. With this in view, it might grossly affect our farmers directly or indirectly without export proceeds from the receivers abroad,” he said.

Nicole said that to have a good trading environment, shippers expect the Nigeria Customs Service amendment of CEMA to meet with the current realities in the World Trade Agreements. No more threats to Importers.

He said that they were seeking peaceful co-existence in the maritime sectors, urging shipping lines and terminal operators to induce development of the maritime systems not just increasing costs as a major target.

“We expect reduction of cost of doing business in Nigeria and encourage entrepreneurship through direct investments from proceeds from our imports.

“The security of our waterways must be guaranteed. Fishing vessels should be protected to enable Nigerians supply fish into our various markets. This is local content.

“The Gulf of Guinea has to be protected from invading pirates. Nigeria waters should be safe enough for ourselves as stakeholders in Nigeria,” he added.

Nicole urged freight forwarders to be closer to cargo owners who provide them with jobs rather than becoming spies to government agencies in the name of getting rich quick.

Verdict: The claim is false. The content of the article published by these online platforms is not new; it has been recirculated several times and has been debunked.82 per cent of Nigeria’s export agro-allied products rejected in Europe ― Shippers