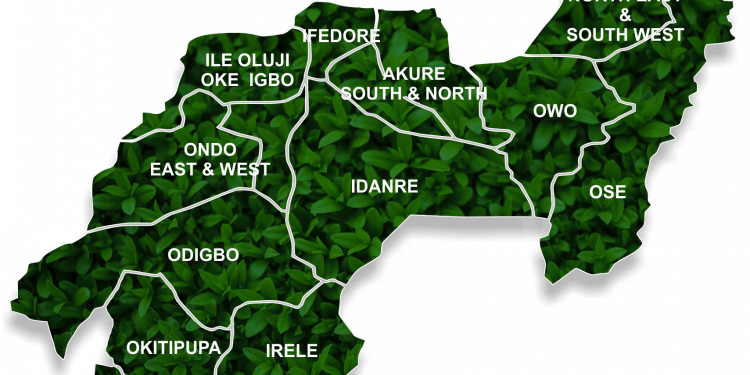 At least one person has been confirmed dead and seven other people were rescued after a residential building collapsed in Akure, the capital of Ondo State at the early hour of Tuesday.

The incident occurred around 3 a.m. around the Fanibi area of the state capital when the storey building collapsed and claimed the life of the 80-year old grandmother who was living with her son.

It was gathered that all the occupants of the building were sleeping when the incident happened, killing the old woman and other members of the family were trapped in the building.

It took the intervention of the residents of the area to rescue the trapped victims, with one of them seriously injured while others sustained minor injuries.

Those injured were rushed to a private hospital for treatment while the remains of the octogenarian were later deposited at the morgue by policemen who visited the scene of the incident.

Speaking on the incident, the son of the deceased, Pastor Benson Olom, commended the residents for their swinging into action immediately after the building collapsed.

He said it took a few hours before his family, including his wife and five children, were rescued by the residents, saying the incident occured while they were all fast asleep.

He, however, attributed the incident to the structural default, blaming the landlord for tampering with the beam of the building while trying to convert the ground floor to a flat from room and parlour.

Olom who said he escaped unhurt with his wife and four children said one of them sustained a head injury and had been taken to the hospital and appealed to the state government and well-meaning Nigerians for assistance.

Meanwhile, the remains of the deceased have been deposited at the morgue by policemen from the Fanibi division after hours of agitations by her relatives.

Residents of the area complained that there was no response to the incident by concerned agencies of government to rescue and give support to the victims during and hours after.

One of the residents claimed that all attempts to alert the fire brigade failed as the officials did not respond to calls several hours after they had been contacted.

“The cause of the collapse is yet to be ascertained, but efforts are presently ongoing by residents towards salvaging the situation.

“When the building collapsed, one woman who was one of the occupants died instantly. Her body has been taken out of the debris.

“The neighbours of the victims have been helping to rescue those who are trapped in the building.”

In spite of the huge investment in the water sector by the government and international organisations, water scarcity has grown to become a perennial nightmare for residents of Abeokuta, the Ogun State capital. This report x-rays the lives and experiences of residents in getting clean, potable and affordable water amidst the surge of COVID-19 cases in the state… 80-year-old grandmother died, seven others injured as building collapses in Ondo

The Lagos-Ibadan railway was inaugurated recently for a full paid operation by the Nigerian Railway Corporation after about a year of free test-run. Our reporter joined the train to and fro Lagos from Ibadan and tells his experience in this report… 80-year-old grandmother died, seven others injured as building collapses in Ondo