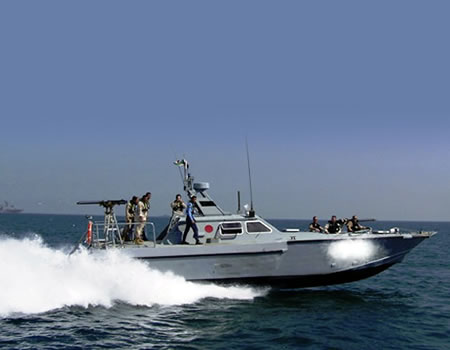 UK-based security intelligence firm, Dryad Global has revealed that the latest kidnap of five crew of a general cargo vessel, KOTA BUDI, on the 2nd of July, 2020 brings the total number of kidnapped seafarers within the Gulf of Guinea (GoG) to 78 in the first six months of 2020.

In its latest advisory notice to clients, Dryad Global stated that all kidnapped crew of the KOTA BUDI are believed to be Chinese nationals.

According to Dryad Global, “This is the sveneth incident in the waters off Benin Republic within 2020. This latest kidnapping brings the total number of kidnapped personnel in maritime incidents off West Africa in 2020 to 78. Incidents of kidnapping are currently tracking at 26 percent higher in 2020 than in 2019.

“The vessel can be seen to have been drifting at the time of incident at 153 nautical miles offshore. AIS indicate that the vessel has been in position for approximately a week having previously visited the Nigerian port of Warri.”

In a related development, earlier in the same day when KOTA BUDI was attacked, Italian based maritime security firm, Praesidium International had reported that nine Nigerian nationals were kidnapped when the FPSO SENDJE BERGE was attacked by unknown armed men who deployed the use of explosives in the latest manner of attack.

“It is assessed that this attack is unique within the wider realm of off shore incidents within West Africa. Both the manner of attack and target are beyond the usual targeting and attack methodology of pirate action groups within Nigeria.

“The incident is reported to have involved three vessels, with one vessel being used as a decoy to distract the security vessel HUDSON CAPT ELEDU. It is likely that there was only one security vessel in the vicinity of the FPSO. The two remaining vessels approached the FPSO and are understood to have boarded the vessel by attaching a hooked ladder onto the half way hoisted gangway.

“Further reports indicated that explosives were used during the attack. Whilst unable to be verified, the use of such weapons (particularly grenades and RPG’s) has thus far not been seen in wider piracy reporting in West Africa and has more in common with attacks perpetuated by militants,” Praesidium International stated.

Exclusive: We cannot rule out “wharf rats” in our terminal —PTML