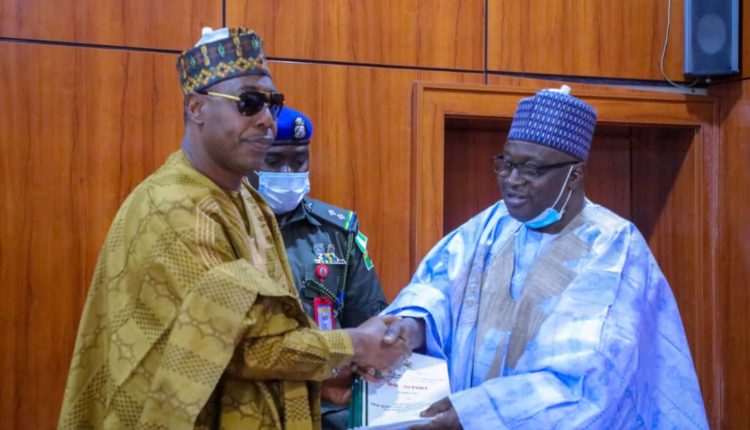 The combined findings were contained in separate reports presented to the governor by the committee on local government staff verification chaired by Senator Kaka Malam Yale and another on on primary school teachers chaired by Dr Shettima Kullima.

Of the figures, 14,762 ghost workers were discovered in local government pay system, while 7,794 ghost teachers were also identified.

A total figure of over N420 million was saved according to the data presented to the governor. The amount came from about N183.6m recovered in bogus teachers salary while another N237m was recovered from ghost local government staff.

In one of the two report presentations, chairman of the Primary School Teachers verification committee, Dr. Shettima Kullima, explained that the total number of primary school teachers in the 27 local government areas was 26,450 before the verification. He noted that 24,250 teachers took part in the exercise while about 2,204 did not appear before the committee.

The chairman further said the total gross salary of the teachers before the verification was N693m while the figure had now reduced to N509m after 18,656 staff were cleared for biometric data capture, which led to the savings of N183m.

After receiving both reports, Governor Babagana Umara Zulum said the verification exercise along several other measures were taken to make the local government a veritable tool for local transformation.