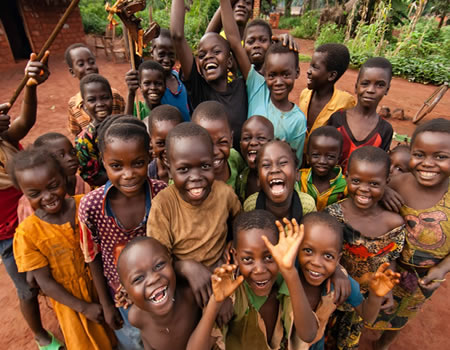 Balarabe made this known at the opening of a One-day Stakeholders Meeting on Birth Registration in Kaduna state, organised by the National Population Commission (NPC) with support from UNICEF.

She explained that the development was responsible for the low coverage of children during routine immunisation exercise in the state, which, she said, stood at only 30 per cent.

“We have continued to record poor coverage of routine immunisation, with only 30 per cent of under-five children being covered in the state, because they were the only ones that were registered and planned for.

“But if we know how many children are being born in the state, it will help us capture every child with various interventions for their survival and development.

“Getting children registered gives them identity and will help the government to provide needed interventions that will improve their health status and give them a chance in life,” she said.

According to her, the state has high indices of child and infant mortality from preventable diseases, stressing the need for massive awareness campaign to enlighten parents on the importance of birth registration.

“This is because, whenever a child is not covered by immunisation, it leaves room for vulnerability, which in the long run, puts every other child at risk.

“This meeting, therefore, provides a common ground for relevant stakeholders to understand what needs to be done in ensuring that no child is left behind on birth registration,” she said.

According to Adamu, not many people know what the commission does.

“Many people think we only carry out census, but we are doing other things like birth, death and still-birth registrations.

“There is also the problem of insufficient number of registration centres and registers in the state. While some local government areas have 10 centres, others have four.

“There are currently only 131 registration centres across the 23 Local Government Areas (LGAs) of the state.

“We need at least 230 centres; 10 in each LGA to ensure effective birth, death and still-birth registrations,” Adamu said.

He explained that the objective of the meeting was to bring all stakeholders working on population-related issues together to agree on possible solutions to problems affecting birth registration in the state.

“My expectation is that at the end of the meeting, relevant stakeholders will partner with the population commission to improve coverage of birth registration in Kaduna state,” he added.