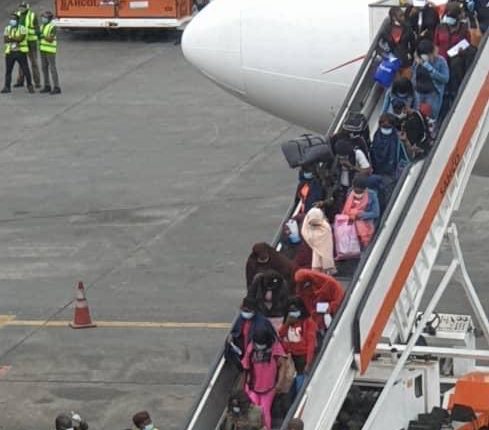 Fifty trafficked Nigerian girls and 19 other stranded citizens have been evacuated from the country and arrived in Nigeria on Sunday, the Nigerian in Diaspora Commission announced on Monday. 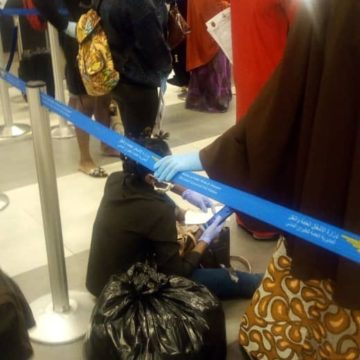 According to the commission in its twitter handle, the Nigerians, comprising 50 trafficked girls and 19 others stranded, arrived the Murtala Muhammed International Airport, Lagos on Sunday night and were received by the officials of the commission.

The were then flown to Abuja by the Air Peace airline and on arrival at the Abuja airport, they were taken to two hotels in Abuja where they are expected to be profiled today and sent to their various states.

According to reports, the girls, who have spent between two years and 10 years doing forced labour and some engaging in prostitution, were rescued following intervention by the Lebanese government.

Also speaking on the rescue of the ladies, the Foreign Minister, Mr Geoffrey Onyeama, expressed gratitude to the Lebanese government for the support in evacuating the Nigerians.

“With the financial and logistic support of the Lebanese Government and Lebanese community in Nigeria, 50 trafficked Nigerian girls and 19 stranded Nigerian ladies were successfully evacuated from #Lebanon and arrived Nigeria today.