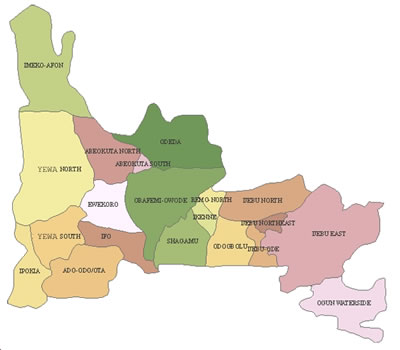 According to a news release signed by the Police Public Relations Officer (PPRO), Abimbola Oyeyemi, the suspect was arrested following a complaint lodged at the Ayetoro Division by the mother of one of the victims.

“The complainant, who claimed to have noticed strange behaviour from her daughter, said she decided to interrogate her on what was going on, only for her to discover that the suspect had had carnal knowledge of the 10-year-old girl.

“After lodging the complaint with the police, the Divisional Police Officer (DPO) at Ayetoro Division, CSP Makinde Kayode, led a team of policemen to effect the arrest of the suspect.

“Further investigation later revealed that the suspect had done the same thing to another minor who is eight years old.

“The two victims were lured into his apartment where he carried out the dastardly act. The suspect has confessed to committing the crime, and the two victims have been taken to the General Hospital, Ayetoro, for medical treatment,” Oyeyemi said.

Also in a related development, three teenagers who were said to be students of Ajagbe High School, Iperu-Remo, Ogun State, have been arrested for allegedly raping a female student of the same school. Their arrest followed a report by the father of the victim, who complained that his daughter was dragged into a bush by the suspects, where they raped her in turns.

“The Commissioner of Police, Mr Ahmed Iliyasu, is interested in the two cases and has, therefore, ordered the immediate transfer of the cases to the Anti-human Trafficking and Child Labour Unit of State Criminal Investigation and Intelligence Department (SCIID) for further investigation,” he said.