60 years after I was born, Nigeria still a toddler —Odinaka Azubuike

Born on New Year day in January 1960, Mr. Odinaka Azubuike, a retired teacher at Federal Government Girls’
College, Benin, Edo State, has kept expressing concern that many things are not going on well with Nigeria. He recently spoke on the state of the nation and other burning national issues with HENDRIX OLIOMOGBE.

Interview
By HENDRIX OLIOMOGBE On Jan 5, 2020 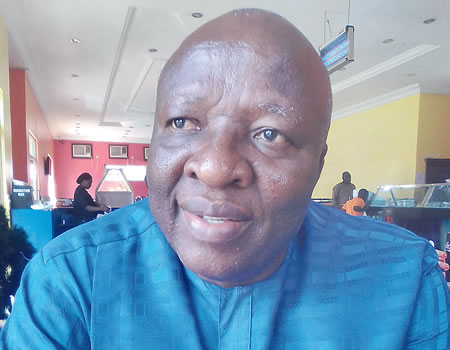 How would you assess the current state of affairs in the country?

It has got so bad to the extent that politicians have reduced some professors to academic morons. It is of great concern that a professor who probably got his PhD from Harvard or Oxford will shamelessly rig an election for an illiterate or occultic politician. This is an aberration.

What about the huge amount of money being paid to political office holders?

I am seriously concerned that what a Nigerian senator earns in a month is the total salary of a graduate public servant for 30 years. Also, the best stuff is not allowed to be the nation’s president. Appointments in some sensitive areas in Nigeria are not on merit, but on political, tribal or regional considerations.

How about the level of poverty in the country, considering the fact that Nigeria is one of the biggest oil producing countries in the world?

It is true that Nigeria is one of the biggest oil producing countries of the world; yet, most of the people are dying of poverty. Our youth corps members are paid N19,800 monthly. This is grossly inadequate. Many of our daughters who are corps members are subjected to prostitution while looking for alternative sources of survival while serving their father land.

What would be the Nigeria of your dream?

The presidential slot should be for the best as is done in Europe, America and Singapore. The constitution should originate from the people and not be one doctored by the military. The rule of law should be obeyed.

We should take a leaf from the book of China where corruption is made a capital offence. It is the best way to tackle the scourge.

I want to live in a restructured or confederated Nigeria, where each region will compete with one another progressively. What obtains presently in the country is a quasi-federal system of government. We must do away with it, if we have to move forward and get out of our present predicament.

Every legitimate vote cast by a voter must count during elections. As I pointed out, youth corps members should be paid something that can feed them, accommodate them and take care of their needs while serving their father land.

When I think of all I have been subjected to within my first 60 years on earth (in Nigeria), it hurts me. My heart bleeds.

What do you think about the continuous clamour for restructuring of the country?

The Igbo, at a time, wanted a confederated or restructured Nigeria. But instead of getting what they wanted, thousands of innocent Igbo civilians were slaughtered in a senseless civil war. No genocide has been declared till date, because the major world powers were involved and had vested interest. It’s a shame to the world powers.

Though the Igbo were physically silenced, I believe that spiritually, the blood of the innocent civilians slaughtered in their places of abode cannot be silenced. I

personally believe that the blood of the martyred is still crying for justice. This

could be the major reason Nigeria is still borrowing in the midst of natural wealth that God endowed her with.

You were born on New Year day. What is your message to Nigerians this year?

Having said all this, I have a very good and decent message to every well-meaning  Nigerian. There is hope again, if Nigeria can make restitution. The restitution is simple: The Igboman must be made president in 2023, nothing more, nothing less. The major parties in Nigeria: the Peoples Democratic Party (PDP) and the All Progressives Congress (APC) must adopt their presidential standard-bearers from the East. By so doing, maybe the blood of the innocent Igbo that were senselessly slaughtered in the civil war may be appeased.

What is your advice to Igbo politicians? How do you think they should go about it?

As an Igbo man, I like to think that the Igbo must learn their lessons and do away with selfishness, greed, arrogance and intolerance. They should get united under one or two innocent and creative Igbo politicians as their presidential torch-bearers. They should not allow their political foes to use money generated from the East to induce them to sell their birthright again.

I am not an Igbo apologist but a realist. I don’t have a single investment anywhere in Igboland. I will like to be laid to rest in a Christian cemetery in Abuja, which is in the North.

What do you say to the notion in some quarters that our past colonial master, the British, sowed the seed of discord which is threatening to tear the country apart?

I don’t want to talk about Britain and the havoc they created in Nigeria before they handed over power in 1960. I don’t think I will like to honour any invitation to visit Britain till my last day on earth.

About America, oh yes! I can visit America under President Donald Trump. And I want to do that before the end of Trump’s second tenure. President Trump is a great leader. Those plotting for his impeachment are just wasting their time and resources. I believe strongly that President Trump is there on a divine mandate and when his work is done, he will be gone. He cannot go earlier than destined by God.

It is my prayer that Nigeria will stop being a toddler. Nigeria must grow. Nigeria should and must be great again.