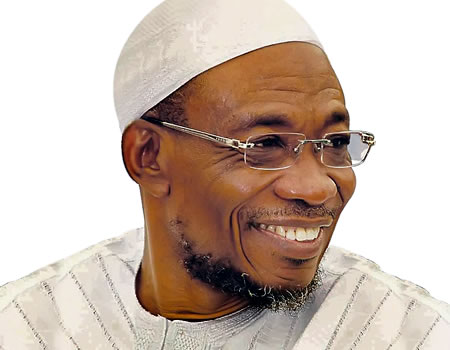 THE Federal Government has concluded plans to  establish six  additional Fire Service Training Schools across the six geopolitical zones of the country.

Minister of Interior, Mr Rauf Aregbesola, said the establishment of the training schools was part of efforts by the Federal Government to enhance the capacity the fire service sector in Nigeria.

Controller-General of the Federal Fire Service, Liman Ibrahim, confirmed the development when he met the governor of Katsina State, Rt. Honourable Aminu Bello Masari, to discuss the modalities for take-off of the training school in the state.

He noted that there was the need to collaborate with the state governments in terms of provision of location for the take-off of the training schools.

Ibrahim also informed the governor that the federal fire service had benefited immensely from the administration of President Muhammadu Buhari.

According to him, the service has since the inception of the present administration procured 92 modern fire-fighting trucks and water tankers of which 62 have been delivered while 30 will be delivered before the end of the year.

He further disclosed that the service was able to recruit new personnel, rehabilitate of firefighting equipment and infrastructure, establish Federal Fire Service zonal offices and training schools across the country, among others.

He expressed the readiness of the federal fire service to kick off the Katsina Training School, saying that “for a start, one state-of-the-art firefighting truck and firefighters are being deployed for the take-off of the training school”.

He also said the  service would deploy another modern firefighting truck as well as  firefighters to the state fire station in Daura to complement the effort of the state fire service there.

Ibrahim, who stressed the need for collaboration between federal and state governments, called on the Katsina State governor to provide more support for the federal fire service in safeguarding the life and properties of the good people of Katsina.

He also appealed to the governor to do more in repositioning the state’s fire service by increasing  staff strength and rehabilitating fixed mobile and fixed fire assets.

Governor Masari announced the allocation of 10 hectares of land in Kankia Local Government Area for the school and immediately handed over the Right of Occupancy document to the CG.

Governor Masari, in his remarks, lauded President Muhammadu Buhari for the transformation of the federal fire service, and expressed the commitment of the state to give necessary support  to ensure the early take-off of the training school in the state.

FCTA gets tough on illegal felling of trees, set to prosecute errant developers

NSCDC promises to crackdown on rapists