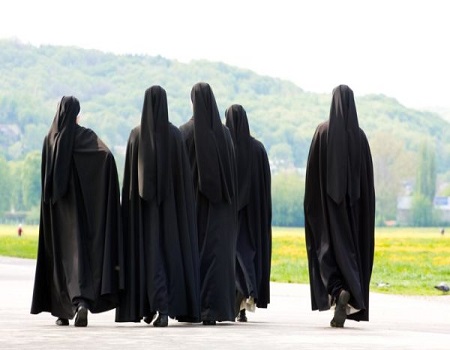 In a memo seen by Tribune Online, the Nigerian Army warned that the criminals may use the religious regalia to attack religious gatherings or government establishments.

The memo which was dated 23rd February 2020 issued by the Headquarters 7 Division Garrison, Nigerian Army, Pompomari Bye-pass Maiduguri, signed by Major SK Mohammed, said though the religious regalia was stolen from Kano, it could be used for nefarious activities in other parts of the country.

The Nigerian Army, however, called for vigilance and adequate security to prevent the criminals from unleashing terror with those religious regalia.

“It was confirmed that the incident was noticed at about 0800hrs on 16th February 2020. The intent of the garment thieves is ostensibly to use the stolen garment to carry out their nefarious activities.

“Though the theft occurred at Kano, it is worthy to note that the criminals could convey the stolen garments to other areas to carry out their nefarious activities.

“The religious garments are most likely to be used to gain easy access into large religious gatherings with a view of taking the populace unaware.

“This raises the need for troops to increase vigilance in order to intercept criminals who would attempt to use the stolen religious regalia for sinister motives.

“In view of the above, I am directed to respectfully request that you put in place adequate security measures to forestall all untoward incident by criminals using the stolen religious regalia within respective (Area of Responsibility) AORs,” the memo said.

Meanwhile, the Christian Association of Nigeria (CAN) while calling for vigilance among the public, commended the Nigerian Army for the timely warning.

CAN who spoke through the Special Assistant (Media and Communication) to the CAN President, Pastor Adebayo Oladeji, called on parents and educational institutions to rise up to the challenge of teaching the public about morals.

“The leadership of the Christian Association of Nigeria (CAN) acknowledges and commends the timely warning and cautions of the Army over the theft of religious garments belonging to St Thomas’s Catholic Church, in Kano State.

“We urge members of the public against falling prey to the antics of criminals who may likely be using the garments to commit atrocities. It is regrettable, lamentable, and reprehensible that some unscrupulous elements have turned to criminals in their attempts to survive the economic hardship.

“The fact that there are economic crises in the polity is never an excuse to embrace criminalities to survive. We appeal to parents, religious and educational institutions to rise up to the challenge by teaching members of the public about moral and godliness,” CAN noted.