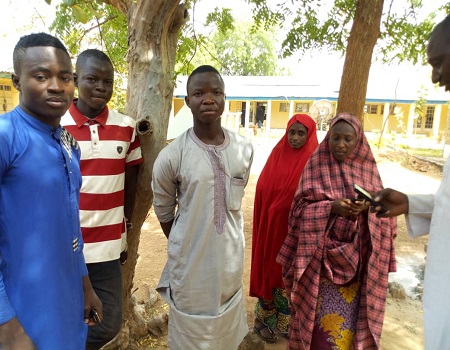 Share
In an effort to boost their economic status, 54 internally displaced persons (IDPs) in Bauchi state are to benefit from the Targeted Grant Transfer (TGT) of the sum of N30,000 each from the World Bank assisted project on poverty eradication.
While speaking to newsmen during an assessment visit to Dass LGA, the State Coordinator of the Project,  Alhaji Kabir Kobi, said that under the first round, about 5000 Internally displaced persons have already received their N30,000 each, as part of the assistance to alleviate their suffering.
Kabir Kobi added that the project is ongoing across the six states of North-Eastern Nigeria, noting that the region has been ravaged by Boko Haram insurgency, hence the need to provide succour to the people of the zone.

In his remarks, the Director, Social Welfare of Dass local government, Malam Mohammad, appealed to the State and the Federal Government to double their efforts in making sure all the palliatives measures reach the IDPs in good time, so that it would help them in boosting their economic activities in the area.
Leader of the IDPs in Dass LGA,  Haruna Goni, thanked the government and the World Bank for keeping the promise of providing financial support to help them with their families and others challenged persons.
Meanwhile, some of the IDPs also commended the gesture as a remarkable one that will boost their moral in terms of poverty alleviation among the IDPs in Dass.
They also acknowledged that if their members would get this kind of support they will not even think of going back to their various local government areas in Maiduguri, maintaining that, they are comfortable living in Dass at the moment.
BauchigrantIDPs
Share

APC says it is confident of victory in forthcoming Supplementary Elections

Building Collapse: Expert urges Nigerians to be cautious when seeking for homes