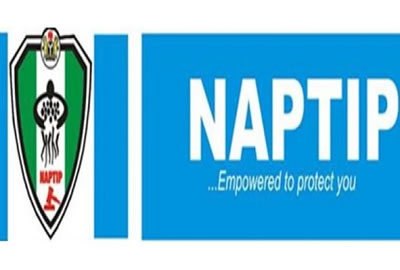 THE National Agency for the Prohibition of Trafficking in Persons has revealed that over 5000 Nigerian underage girls are currently in different parts of Mali being forced into prostitution by their traffickers.

The agency said it has also commenced investigation into the trafficking into Mali of the 37 female Nigerians who were on Monday deported to Nigeria by the Malian authorities.

A statement on Wednesday in Abuja by the Public Relations Officer of NAPTIP, Mr Josiah Emerole, said the victims of the trafficking were lured to Mali with the promise of helping them to Europe.

He noted four female suspects were also deported with the victims on Monday, adding that while the victims were being counselled by NAPTIP counsellors, the suspects are in NAPTIP custody and making useful statements.

The Malian Police had on Thursday, February16, 2017, rescued the Nigerian girls, aged 15 to 32 years, being used as sex slaves in Koflatie – an area in Northern Mali reportedly notorious for prostitution. Five female suspects- four Nigerians and a Ghanaian; were also arrested in the course of the raid.

Emerole said investigation into the matter commenced before the deportation as investigators from the agency who are also members of the Joint Border Task Force (JBTF) had as soon as the Malian Authorities reached the Agency through the National Crime Agency of the United Kingdom gone to Mali to profile, debrief and interview the victims and suspects preparatory to their return.

He noted that the invitation of the NAPTIP-JBTF team was necessitated by the need to bring to bear the Nigerian experience on handling human trafficking cases; in identifying and to substantiate points to prove acts of human trafficking in the Malian case.

He said: “The repatriation of the Nigerians was greatly assisted by the Defence Headquarters, which tasked the Nigerian Air Force to help in bringing back the girls who were already posing a security risk to Mali.

“Reports indicate that over 5000 Nigerians are presently in different parts of Mali being forced into prostitution by their traffickers who had lured them to Mali with the promise of helping them to Europe.

“The girls who arrived the Air Force Base of the Murtala Muhammed International Airport (MMIA) Lagos in a Nigerian Air force Plane on Monday evening were received by a joint operations team comprising officials of NAPTIP, the Military, Police, Department of State Services (DSS), Nigeria Immigration Service (NIS), Ministry of Foreign Affairs, Federal Airport Authority of Nigeria (FAAN) and the Special Assistant to the President on Foreign Affairs and Diaspora Matters Hon. Abike Dabiri-Erewa.”

Speaking to the top management of the Agency on the Malian case, the Acting Director-General Mr Abdulrazak Dangiri directed that investigation on the trafficking of the 37 girls must be thorough adding that sloppiness would not be tolerated.

While thanking all those who played one role or the other in achieving a successful return of the women, he thanked the Federal Government for the quick intervention through the Defence Headquarters.

He, however, stated that the Agency was putting in place measures that would be presented to government to ensure that all other victims stranded in Mali and other parts of Africa are rescued and brought back to Nigeria.

This is not the first time that the Nigerian Government would help in evacuating Nigerian victims of human trafficking from Mali. In 2012, NAPTIP with support from the Office of the National Security Adviser to the President evacuated 104 persons from Mali in an operation tagged “Operation Timbuktu.”

IPO prosecutor arrested for helping notorious cultist out of prison