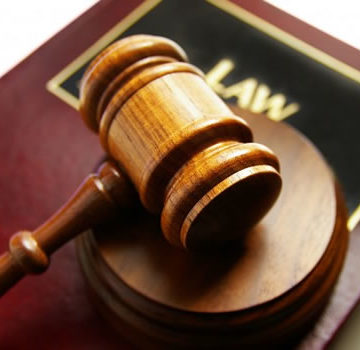 A 50-year old man, identified as Adekoleoye Oladimeji was on Tuesday arraigned before an Osogbo Magistrate Court for allegedly stealing a motorcycle worth N260,000.

The Police Prosecutor, Inspector Mustapha Tajudeen told the court that the accused committed the offence on the 19th of November, 2017 at about 4.30 pm around Ogo Oluwa area of Osogbo, the state capital.

According to the prosecutor, Oladimeji was said to have stolen one motorcycle with engine number DUZWHB40408 and chassis details of MD2A18AY6HWB53041 valued at N260,000, being property of Inaolaji Saheed, explaining that the offence contravened Section 381 and punishable under Sections 516, 390 (9) of the Criminal Code, Cap 34, Volume 11, Laws of Osun State of Nigeria, 2002.

However, the accused pleaded not guilty to a two-count charge of stealing preferred against him, just as his defence counsel, Barrister E.I Ikuobasi pleaded with the court to grant his client bail in the most liberal terms.

ALSO READ: ‘My husband never told me he was married with a child, please separate us’

The Presiding Magistrate Tunde Badmus subsequently granted Oladimeji bail in the sum of N200,000 and one surety in the like sum, saying the surety must reside within the court jurisdiction, evidence of three years tax payment, three passport photographs, attached with an affidavit of means, while his address must be verified by the Police.

Man in court for allegedly stealing a pair of shoes, N4,000 in hospital

Father, two others arraigned in court over attempted murder of his daughter in Osun