Features
By Yejide Gbenga-Ogundare On Feb 26, 2021 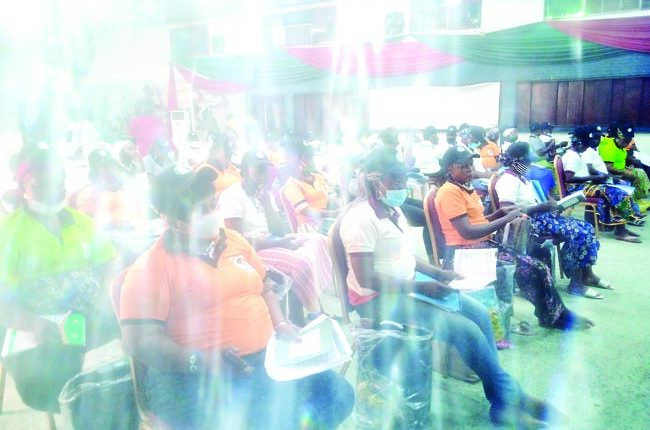 In furtherance of series of activities targeted at addressing the critical issue of youths and women unemployment, 50 women were selected to undergo a three-day training and empowerment programme that focused on technology-based entrepreneurial opportunities in cassava processing sustainability in Ibadan.

The women, who were selected from Ibadan North federal constituency, were trained by a team of experts from the Federal Institute of Industrial Research Oshodi (FIRO), courtesy the lawmaker representing Ibadan North federal constituency, Hon. Musiliudeen Olaide Akinremi, who not only paid for the training, but also made available empowerment materials to help the beneficiaries start up a business after the training as part of his constituency project.

The women were trained to give them economic empowerment that will sustain financial independence through enterprise creation and development, especially in terms of improving the shelf life of cassava through value addition.

Speaking at the opening of the three-day training programme, Hon Akinremi, represented by Alhaji Sina Alabi, a chieftain of the All Progressives Congress (APC) in Ibadan North Local Government Area, stated that the training organised by Hon. Akinremi in conjunction with FIRO is to empower people in the constituency to make them independent and self reliant, adding that the training is laudable because the situation of things in the country presently requires that people are encouraged to be self-employed to reduce teeming unemployment among youths.

He explained that the training is important because training the people on cassava processing sustainability will not only help the people, but will also help the state economically, urging the beneficiaries to utilise the opportunity to make them independent and useful to the society.

Also speaking, Alhaja Tinuade Adigun, the APC chairperson in Ibadan North Local Government Area expressed joy that women are being empowered in her constituency because many of them that campaigned during the last election had no source of livelihood and the training and empowerment is a way of ensuring they can stand on their own in fulfillment of Hon. Akinremi’s electioneering promises.

“These women will have something to support the home, they will not be liabilities to their people and will not feel like they have been used and dumped because we care about their welfare. We are grateful to Hon. Akinremi for this good programme, it is a programme that is necessary and timely,” she stated.

In her goodwill message at the event, the Director General of FIRO, Dr. Yemisi Asagbra, stated that despite concerted effort by government  to address the issue of unemployment, the National Bureau of Statistics  reported that unemployment rate is above 20 per cent and at least 1.8million youths enter the labour market annually, adding that government alone cannot carry the unemployment burden.

According to her, there is an urgent need to address the ugly trend of unemployment through provision of gainful employment for youths.

On his part, FIRO’s director of extension and linkage, Dr Dele Oyeku stated that the training on cassava processing was sponsored by Hon. Akinremi as part of his constituency programme, adding that the training’s major objective is job creation because many youths are roaming the streets due to unemployment. He emphasised that the best way to tackle unemployment is to encourage entrepreneurial culture among youths for job creation and network of labour channels.

Emphasising the importance of the training programme, Hon. Akinremi’s media aide, Adegbuyi Michael, stated that as an entrepreneur before venturing into politics, the vision of the lawmaker is to see youths and women in his constituency being empowered to be financially independent and self reliant by providing them with vocational training and start up kits

He added that the training for the 50 women is a part of the overall training scheme, adding that another training on cassava processing had been on for three weeks just to ensure the people have financial independence to stand on their own.

The return to the state of nature