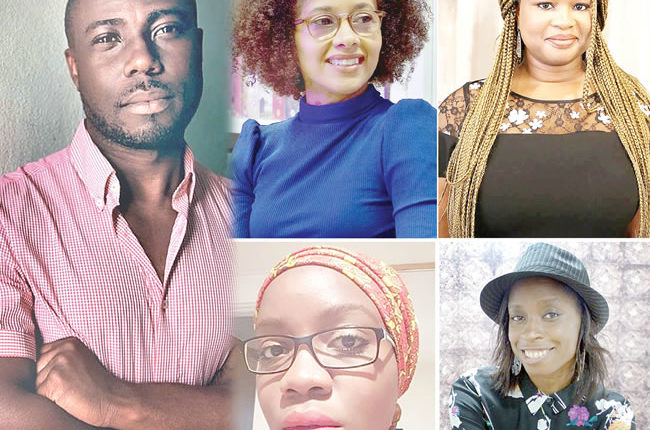 There are some juicy low-hanging literary fruits out there, and these enterprising young Nigerians are hunting for them. Five Nigerian writers – Oyinkan Braithwaite, Diana Evans, Chikodili Emelumadu, Jowhor Ile and Irenosen Okojie – have all been shortlisted for two different categories of literary prizes.

On the shortlist also are Pat Barker for ‘The Silence of the Girls’; Anna Burns for ‘Milkman’; Tayari Jones for ‘An American Marriage’ and Madeline Miller for ‘Circe’.

The £30,000 ($40,000) prize was created after the Booker Prize of 1991 where none of the six shortlisted books was by a woman, despite 60 per cent of the novels that year being published by female authors.

Since it was initiated in 1996, the prize has honoured many great authors, including Nigeria’s Chimamanda Adichie who won it in 2006 for her seminal book ‘Half of a Yellow Sun’.

The shortlist for the 2020 AKO Caine Prize for African Writing has also been released, and on it are Chikodili Emelumadu, Jowhor Ile and Irenosen Okojie. The Caine Prize is an annual literary award for the best original short story by an African writer, whether in Africa or elsewhere, but published in the English language.

The prize was launched in 2000 to encourage and highlight the richness and diversity of African writing by bringing it to wider audience internationally.

Emelumadu is being considered for her short story, ‘What to do when your child brings home a Mami Wata’; Jowhor Ile for ‘Fisherman’s Stew’ and Irenosen Okojie for ‘Grace Jones’ from Nudibranch, a collection of stories.

Nigerian-British writer, Braithwaite, was longlisted for the 2019 Booker Prize. She won the LA Times Award for Best Crime Thriller, and is currently also on the shortlist for the 2020 Crime and Thriller Book of the Year in the British Book Awards.

Emelumadu had earlier been nominated for Shirley Jackson award, and is currently working on her debut novel. Jowhor Ile’s fiction has appeared in McSweeney’s Quarterly and Litro Magazine. In 2016, his first novel, ‘And After Many Days’, was awarded the Etisalat Prize for Literature. Irenosen Okojie’s first novel, ‘Butterfly Fish’, won a Betty Trask Award in 2016. She was nominated a Fellow of the Royal Society of Literature in 2018.

The five-writer shortlist for the 20th edition of the Caine Prize features stories that “speak eloquently to the human condition” through a diverse array of themes and genres. It was virtually graded by the judging panel.

The shortlisted authors for this year’s prize are from Namibia, Nigeria, Rwanda and Tanzania.

Other writers on the shortlist include Tanzania’s Erica Sugo Anyadike for ‘How to Marry an African President’ and Namibia/Rwanda (dual citizen)’s Rémy Ngamije for ‘The Neighbourhood Watch.’

Organisers of the prize said they had to postpone this year’s award ceremony due to the coronavirus pandemic but would announce this year’s winner later in the year.

“The safety of our authors, staff, guests and partners remains a priority, and the prize will continue to closely monitor the latest government guidelines,” the organisers said.

The winner of the prize will receive £10,000 in September, while shortlisted writers will receive £500 each. Shortlisted stories will be published in an anthology, and also through co-publishers in 16 African countries who receive a print-ready PDF free of charge.

Kenneth Olumuyiwa Tharp, the chair of the judging panel (interestingly a Nigerian too, with a British mother), said in a statement posted on the prize’s website: “We were energised by the enormous breadth and diversity of the stories we were presented with – all of which collectively did much to challenge the notion of the African and diaspora experience, and its portrayal in fiction, as being one homogeneous whole.

“These brilliant and surprising stories are beautifully crafted, yet they are all completely different from one another – from satire and biting humour to fiction based on non-fiction, with themes spanning political shenanigans, outcast communities, superstition and social status, loss, and enduring love.

“Each of these shortlisted stories speaks eloquently to the human condition and to what it is to be an African, or person of African descent, at the start of the second decade of the 21st century.”

Akinkugbe and his GCI classmates were all geniuses —Olunloyo

‘I wanted to become a medical doctor, but God helped me find my purpose’