4,390 Anambra farmers get seedlings from NEMA 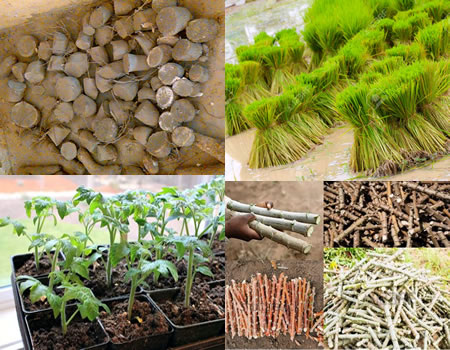 NOT less than 4,390 farmers affected by the 2018 flood disaster in seven Local Government Areas of Anambra state have started receiving seedlings from the National Emergency Management Agency (NEMA).

NEMA’s Supervisor for the project, Mrs Bolanle Ojo, stated that a total of 7,251.72 hectares of farmland was affected by flood in the state.

She noted that farmers affected by the flood in the state would receive yam, rice, maize, tomato, pepper and vegetable seedlings as well as plantain suckers and cassava stems.

According to her, yam farmers would receive 10 baskets of 60 pieces of yam per hectare each while cassava farmers would get 40 bundles of cassava stems each.

She said rice and maize farmers would receive 40kg of seedlings per hectare, while pepper farmers will get 0.4kg of seedlings, tomato farmers, 0.6kg, vegetable farmers, 2kg, and plantain farmers, 40 bulks of plantain suckers.

Ojo, further explained that agro-chemicals and fertilisers would also be distributed later to the farmers.

A beneficiary and a rice farmer, Mrs Mary Uyanne, who received two bags of rice seedlings, said the intervention came her way having experienced a great loss to the flood.

“We were given two bags of rice to cultivate; my house, cassava and rice were all destroyed during the flood,” she said.

Also, Mr Lazarus Ani, the chairman of Rice Farmer Association, Odekpe in Ogbaru Local Government Area, said he had been experiencing challenges since the flood devastated his farm and belongings.

Mrs Roseline Nwabueze, who received yam seedlings expressed delight but noted that the timing for the intervention was not favourable for planting as the planting season for yam had passed.