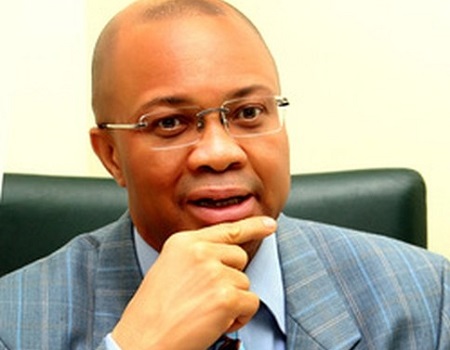 It is becoming difficult for the Federal Government to pay salaries of workers in Ministries, Department and Agencies.

The Director-General of Budget Office, Ben Akabueze, made the disclosure, on Tuesday, while addressing the Senate Committee on Public Account.

Akabueze said owing to the challenges thrown up by the new minimum wage, over 428 agencies won’t be able to pay workers in November except the federal government used the Service Wide Vote to mitigate the shortfall.

Earlier in his remarks, Chairman of the Committee, Senator Mathew Urhoghide, has expressed concern over what he called poor funding of the Office of Auditor General of the Federation by the Executive arm.

Senator Urhoghide maintained that it was an aberration for the office to always lament over the shortfall in the workforce and other pressing demands while the other agencies like Economic and Financial Crimes Commission (EFCC) and Independent Corrupt Practices Commission (ICPC) were being properly funded.

He declared that such indifference towards the needs of the Auditor General Office could impede its statutory functions of ensuring transparency, accountability and probity in governance.

“Therefore the proposed budget of N4.6 billion may not be adequate for the audit of the sum of N13 trillion in the year 2021 being the total budget proposal of the Federal government of Nigeria.

“The office of the Auditor-General for the Federation is in need of replacing 247 retired staff which has not been provided for in the budget proposal.

“The promotion and annual increment of staff are also not factored into the year 2021 budget.

“There is need to digitalise and automate the system of the specialized Audit which was also proposed for in the year 2021 budget proposal for the office.

“It is an irony that while the office which is constitutionally established to ensure accountability and transparency in the management of public funds of the federation is having a reduced allocation while similar agencies established to achieve a fraction of this objective are well funded through incremental budgetary allocations.”

Akabueze in his defence told the lawmakers that the Budget Office would only appropriate fund to the Office of Auditor General of Federation based on existing statutes.

Akabueze insisted that since his assumption of office as the Director-General of Budget office there has been an improvement in the budget of Office of Auditor General of the Federation.

He said his office has always been guided by an approved budget for those agencies.

On the shortfall in the workforce, Akabueze said only the health and security sectors carried out recruitment in the heat of the pandemic, Coronavirus.