40 years after, Tafawa Balewa, Bogoro communities in Bauchi resolve to live in peace 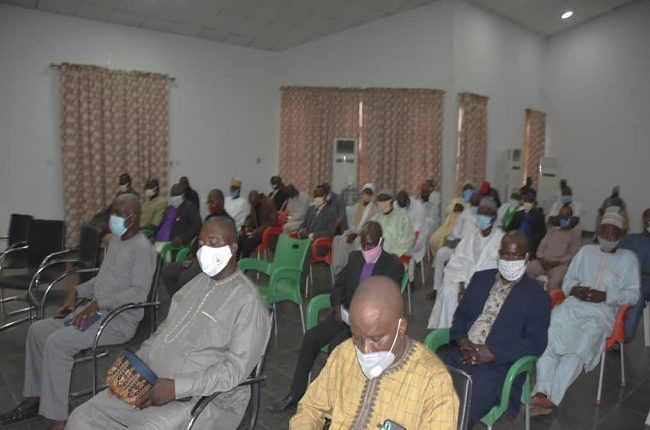 After close to 40 years of coexisting with each with animosities and acrimony, ethnic groups and adherents of the two major religions in Tafawa Balewa and Bogoro LGAs of Bauchi State have decided to sheath their swords and come together to coexist in peace and harmony.

To this end, leaders of Christians and Muslims from the two LGAs visited the State Governor, Sen Bala Mohammed Abdulkadir at the Government House where they declared their readiness to return to the normal way of peaceful coexistence irrespective of the ethnoreligious differences.

In their respective presentations to the Governor, leaders of the two religions jointly called on the Governor to set machinery in motion to ensure that all those who left the area, particularly Tafawa Balewa town come back because peace has rẹturned to the areas.

The religious leaders who spoke separately but in one voice said that the various communities of the areas have agreed to live peacefully despite their differences in religion or tribe having suffered great setbacks from the years of unrest.

According to them, the formation of the coalition is to compliment the efforts of the present administration in the promotion of peace across the state and assured of their total support for the success of the Governor.

The religious leaders, however, appealed to the Governor to look into their myriad of challenges with a view to resolving them so as to benefit from his administration’s modest desire of providing citizens with critical infrastructure.

They requested for the renovation and in some cases rebuilding of destroyed worship centres particularly in Tafawa Balewa town sọ that people can once again freely worship.

In his response to the presentations State Governor, Sen Bala Abdulkadir Mohammed said that his administration will work with stakeholders to ensure the safe return of all the displaced communities of Bogoro and Tafawa Balewa Local Government Areas of the state.

The Governor who was responding when officials of the Coalition of Christian Association of Nigeria and Council of Ulamas from the two local governments visited him stressed the need for peaceful coexistence which he said is the only thing that can attract development to the area.

He further expressed concern over lack of meaningful projects in the area due to religious and tribal crisis, insisting that, meaningful development could only be achieved in a peaceful environment.

Bala Mohammed also emphasized the need for peaceful coexistence among the communities of the two Local Government Areas irrespective of their differences for effective execution of his administration’s laudable projects.

The Governor who was emotional declared that “Today is a very historic moment for me, in my life, I have handled several difficult assignments and confronted with different situations. Your coming here is a solution to the problems affecting your communities over the years.”

He added that “I am so much happy that, our Muslims and Christians in Tafawa Balewa and Bogoro have now come together in peace to proper solutions to the numerous problems confronting the area with a view to finding the long-lasting solutions for posterity and consolidation.”

The Governor also said that the state government will set up mechanics to resolve the issue raised by the coalition through community engagement and collective decision assuring that, maintenance of peace and execution of developmental projects will be part of his administration’s landmark legacies.

Bala Mohammed assured that “We will engage all the stakeholders involved to resolve the issues you brought to us here amicably without any bias, but I want you as religious leaders to sensitize our youth to desist from engaging or allowing themselves to be used for violence.”

It will be recalled that Tafabalewa and Bogoro LGAs have been riddled by incessant ethnoreligious crises that had turned the area into a desolate land while different commissions of inquiry were set up yet the crisis had persisted until the recent move by the people themselves on the need for peaceful coexistence.

More Shocks As Unemployment Data Exposes Misery Status Of Nigerians
BEFORE now, economic and finance experts found it difficult to assess the healthy nature of the labour market and how to measure the impact of government policies targeted at creating jobs because of lack of real time labour data. But on Friday, August 14, 2020, the concerns were only slightly eased as the National Bureau of Statistics (NBS) published second quarter (Q2):2020 labour statistics, the first report since Q3:2018…40 years after

MONDAY LINES: Obasanjo’s (D)Art Of Condolence
Ben Guriano of The Washington Post described them in 2018 as ‘taboo enforcers.’ These are trolls seeking to upend truth and subvert facts about the life and times of the dead. ‘Do not speak ill of the dead’ came originally from a Spartan philosopher, then it was latinated by the Romans to read De mortuis nihil nisi bonum – and got spread around the world like Chinese viruses. The black man, as in all cases, contracted the no-no and turned it into a religion, got drunk with it and won’t mind killing for it…40 years after

2.4 Million Households To Benefit From FG’s Stimulus Package — Presidential Aide
TO ensure food security for citizens, at least 2.4 million households will benefit from the Federal Government’s post-COVID-19 stimulus package, a presidential aide says. Dr Andrew Kwasari, Senior Special Assistant (SSA), to the President on Agriculture, disclosed this in an interview with the News Agency of Nigeria (NAN) on Sunday in Abuja. Kwasari spoke against the backdrop of projects anchored by the Nigerian Economic Sustainability Committee (NESC) to secure the economy against the effects of COVID-19…40 years after

SERAP Demands Withdrawal Of Broadcasting Code Seeking To Sanction Contents ‘Insulting’ Leader
THE Socio-Economic Rights and Accountability Project (SERAP) has sent an open letter to President Muhammadu Buhari, urging him to “urgently instruct the Minister of Information and Culture, Mr Lai Mohammed, and the National Broadcasting Commission (NBC) to withdraw the apparently illegal broadcasting code and memo threatening to sanction any broadcast that denigrates, disrespects or insults the president, governors…40 years after

Customs intercept 554 cartons of Tramadol, others at Lagos ports