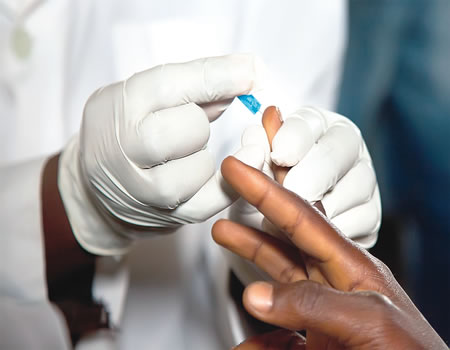 ABOUT 380 million US dollars was invested in fighting Human Immune Virus (HIV) in Nigeria this year.

The Deputy Chief Mission, Embassy of the United States of America in Abuja, Kathleen FitzGibbon, revealed this on Monday at the occasion marking the 2019 World Aids Day and the formal launch of ART Surge in Lafia, the Nasarawa State capital.

According to her, “US has in this year invested $380 million in Nigeria to fight HIV; we’ve done so to get additional funds because of the partnership we have with both the state and the Federal Government of Nigeria.”

FitzGibbon said they are impressed with Nasarawa State to be among the top three states in Nigeria with high treatment coverage which portrays the state close to HIV epidemic control, as such the official launching of ART Surge for consortium control by 30th September 2020.

“Currently, there are about 58 per cent HIV infected persons in Nasarawa State, out of which about 40,000 are currently on treatment.

She, however, called on government and stakeholders to support other free integrated health services, which include free blood sugar tests, hepatitis B and C tests and body mass index estimation to have a save society.

While speaking at the event, Governor Abdulahi Sule who was represented by his deputy, Emmanuel Akabe, thanked the US government and other development partners for the effort put in combating the virus to the present stage.

He assured government’s commitment to work with all relevant stakeholders to better the healthcare services of the people, calling state ministry of health and other agencies to identify untreated persons in the state in order to meet with September 2020 dateline.

On her part, the Nasrawa State Aids Control Agency (NASACA) Coordinator, Dr Ruth Bello, said the event was meant to commemorate those who have died, show solidarity on those infected as well as to create awareness on the epidemic.

The 2019 World AIDS Day which was tagged “communities make the difference,” had brought thousands of infected persons who gave their testimonies on how they have survived to date with the virus, urged people of the state to always go for test to ascertain their status and commence treatment accordingly.