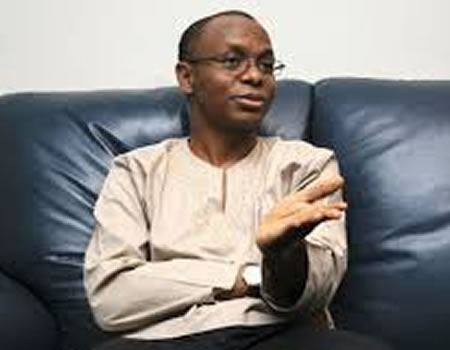 THE Kaduna State government, on Friday, reacted over the Senate’s rejection of its request for the World Bank $350m loan, saying what the Senate displayed was elevating the ego of some of its members above the demands of public policy.

Addressing a news conference in Kaduna by Suleiman Abdu Kwari, the State Commissioner of Finance, he said:” As the three senators from Kaduna State spoke, it was apparent that they have put their personal frustrations above the right of the people of Kaduna State to decent investment in human capital development through good schools and hospitals, and better quality of life and accelerated economic growth through the provision of infrastructure”

The Senate had on Thursday rejected the request by the Kaduna State Government to obtain a $350m loan already approved by the World Bank.

The rejection was based on the recommendation of the Senate Committee on Local and Foreign Debts and supported by the three senators from the Kaduna state who are not in good terms with Governor Nasir el-Rufai.

However,the Kaduna State government explaining why the loan facility was purely for development commended the House of Representatives for its kind endorsement of the loan request.

Kwari explained that the All Progressive Congress (APC) manifesto commits the state government to promote equality of opportunity by expanding access to education and healthcare, to support farmers, create pathways for job creation and provide everyone with land a transparent way to acquire valid title.

The finance commissioner said under governor Nasir el-Rufai, the Kaduna State Government has implemented financial reforms aimed at ensuring that the resources of the state are expanded and applied to delivering services for ordinary people.

According to him, el-Rufai led government closed about 470 government accounts and moved all public funds to the Treasury Single Account (TSA) followed by the introduction of zero-based budgeting which helped to infuse realism into the annual budget.

Kwari said:”Since assuming office in May 2015, the Kaduna State Government has focused on promoting jobs, social justice and prosperity. These aims are being pursued through programmes aimed at economic development, social welfare, jobs, security and reforming governance.

‘These priorities were captured in the State Development Plan, 2016-2020, and the foundational document of this government, the Restoration Programme, the Kaduna State-specific version of the APC manifesto on which we campaigned.”

“We backed these up with legislation to improve the generation, utilisation and management of government revenues. Among these new laws were the Fiscal Responsibility Law, 2015, Public Finance (control and Management) Law, 2015, Tax (Codification and Consolidation) Law, 2015, Public Procurement Law, 2016 and Pension Reform Law, 2016.

The government also established a number of new agencies to strengthen the institutional framework for these reforms. Among these were KADIPA: for investment promotion, KADGIS: to manage land and digitise the land registry, KADIRS: the internal revenue service, Kaduna State Bureau of Pension and Kaduna State Public Procurement Agency
as well as KADFAMA.

‘These reforms have ensured that in each of our full budget years, this government has achieved unprecedented levels of capital spending.”

Kwari explained further:”For instance, in 2016, we recorded capital expenditure of N62.2bn. This government has also doubled the amount it collects as internally-generated revenue. IGR grew from N13.56bn in 2015 to N23.02bn in 2016, representing a 70% growth. In 2017, IGR reached N26bn. This government

In 2014 and early 2015, we had campaigned for the poor state of Kaduna State public schools and hospitals. As soon as we took office, the problems we had campaigned about became our responsibility to resolve. And we were shocked to learn in our first week in office that at least 50% of our pupils sat on floors because of a lack of classroom furniture. We also received briefings indicating that apart from lacking doors, windows, roofs, toilets and water, many of our schools also had unqualified teachers.”

The finance commissioner noted: “In response, Governor El-Rufai declared a state of emergency in education and started to fix schools and buy furniture. After fixing almost 10% of our over 4200 primary schools, the government realised that it would need a minimum of N60bn just to fix primary schools. A lot more would be needed to actually build new schools that can have enough classrooms, staff rooms and other facilities. There was no doubt that we would need support to raise the required resources.”

“The Governor took an album that out Budget and Planning ministry had compiled showing pictures of our schools, and shared it with the federal Minister of Finance, and subsequently, our development partners, including the World Bank.

That is how the conversation that led to the World Bank loan started. The World Bank scrutinised Kaduna State and they are convinced we meet their standards. We have healthy Fitch ratings “B” Credit Rating with Stable Outlook.In November 2016, Fitch Ratings assigned Kaduna State a long-term foreign and local currency Issuer Default Ratings (IDRs) of “B” and a National long-term rating of A+(nga) with stable outlooks).”

Kwari stressed:”Having checked our laws, our accounts and our performance, the World Bank was convinced that Kaduna State merits their support. Therefore, on 20th June 2017, the World Bank announced that it has decided to provide a budget support facility of $350m to Kaduna State.

“Our Commissioners have appeared before the relevant committees of the Senate and the House of Representatives, and presented detailed explanations for the rationale and the purposes of the loan. Our delegates were commended for the quality of their presentations.

“Nobody in those committees of the National Assembly can honestly claim not to be aware of the justification and the purpose of the loan. In fact, the House of Representatives endorsed the loan. When our officials appeared before the Senate, no questions were asked.”

“The excuse given on the floor of the Senate as to the size of the loan is baseless. The creditor and the rating agency have adjudged that Kaduna State can sustainably manage the credit which has a 10-year moratorium and a 40-year repayment period.

“The State average monthly FAAC allocation for the preceding twelve months is N3.295bn, while our current monthly debt service is N467.12mn. Also, the monthly debt service forecast of the FGN Budget Support Facility of N14.169bn with a moratorium of 18months and World Bank Loan of $350mn with a moratorium of 10years are N191.767mn and N98.843mn respectively.”

“If the State is to repay all loans today, the total debt service would be N757.735mn representing 23% of total deductions as a percentage of total allocations. This is less than the threshold for sub-national borrowing which is capped at 40%. In view of this, Kaduna State is within the sustainable debt level.

“What the Senate displayed was elevating the ego of some of its members above the demands of public policy. As the three senators from Kaduna State spoke, it was apparent that they have put their personal frustrations above the right of the people of Kaduna State to decent investment in human capital development through good schools and hospitals, and better quality of life and accelerated economic growth through the provision of infrastructure.”

Kwari added:”The Kaduna State Government is grateful to the House of Representatives for its kind endorsement of the request. We march on with the task of governing the state, and we shall continue to enjoy the support of our development partners.” He explained.