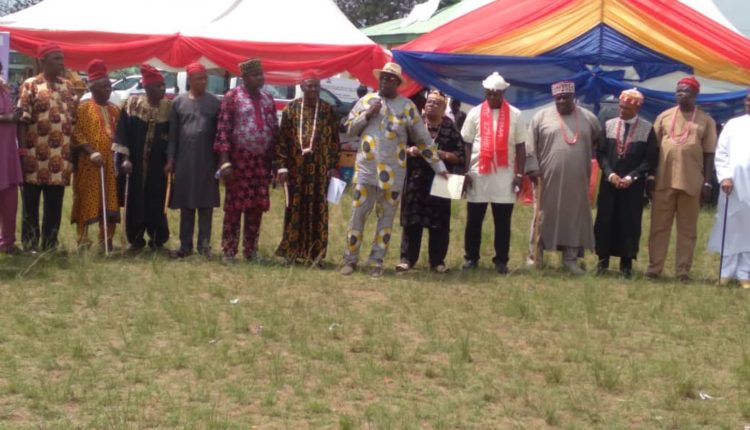 Denouncing the practice, which experts said caused keloid, complications during childbirth and sometimes bleeding to death among others, is aimed at stopping it.

To change the social norm, the National Orientation Agency, NOA, the Imo State Government and other partner agencies with support from the United Nations Children’s Fund, UNICEF, engaged traditional and religious leaders in the affected areas

Speaking at the event which took place at the council headquarters Urualla, the Chairman Ideato North Traditional Institution, Eze Kosman Kanu, said the declaration followed their conviction that the aged long cultural practice posed a serious health hazard to women and girls.

The traditional ruler who led thirty other royal fathers declared the cessation of female genital mutilation in their communities, warning that anyone caught in the act would henceforth face sanctions.

Ideator North is the seventh local government area in Imo state to publicly denounce the practice since the sensitization began in 2015.

The Nigerian Tribune gathered that Nigeria Demographic and Health Survey Report of 2018 ranked Imo top on the states with the prevalence of female genital mutilation at 61.7% for women aged 15 to 49years.

In his speech, the Director of National Orientation Agency in Imo state, Mr Vitus Ekeocha, who recounted the rigorous efforts made to get the people to abandon the practice, expressed delight that the girl child born in the area would be saved from the harmful effects of mutilating the genitalia thereby giving her new lease of life.

The Chief, UNICEF Enugu Field Office, Dr Ibrahim Conteh, in a message noted that Imo had great policies to protect the rights and privileges of children women and girls and gave the assurance that the organization would continue to collaborate with stakeholders to protect women and girls from harmful cultural practices.

Dr Conteh whose message was delivered by UNICEF Consultant Imo and Ebonyi States Dr Benjamin Mbakwem urged the communities to put mechanisms in motion to monitor and ensure compliance.