3 dead, many hospitalised, as thugs open fire in Ebonyi 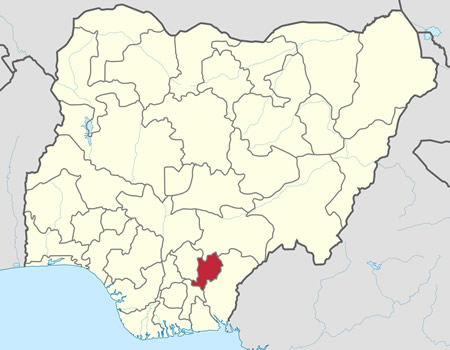 EVEN as the presidential and National Assembly election was cancelled by the Chairman of Independent National Electoral Commission (INEC), Prof Mahmood  Yakubu, for lack of logistics and threat, it never prevented killings and destruction of properties in some states including Ebonyi where the people’s democratic party (PDP) is leading.

Few days to the cancellation of the  election, series of violence had been recorded suspected to have been caused by political thugs.

However, the injured ones are receiving treatment at the Federal Teaching Hospital Abakaliki.

In Ntezi in Ishielu LGA, there was another shoot out where seven members of the community vigilante were attacked with gun which led to the death of a local vigilante and over nine persons sustained different degrees of injuries including  a man, Onyebuchi Awoke and a nine-year-old boy. They are also receiving treatment at the Federal teaching hospital Abakaliki.

Narrating his ordeal at the hospital, Awoke said “I came back home from Onitsha in the evening. So I went to the residence of our relation, Dr Oke. When I got to the gate, I was trying to pay the commercial motorcycle operator who conveyed me when some boys on two motorcycles stormed the area and started shooting sporadically in the air.

“I think that shooting was politically motivated because that our relation is contesting for something under the Social Democratic Party (SDP) and he is popular in that area. I suspect that it was the plot of the other party to scare away his supporters so that they won’t come out to vote for him.

Also, Mrs Oby Aja, a mother of Chibuike Aja who was shot said: “they were on their way home when some persons on motorcycles passed them and opened fire on them.

“We were on our way home from our shop yesterday around 7pm. Suddenly, we came across some boys with machines along the road. Before we knew what was happening, they started shooting sporadically in the air.

They shot my little boy, Chibuike Aja. He is 9 years old.

A member of Obegu Mkpuma-Akpatakpa vigilante, Mr Emmanuel Nwokporo told our reporter that they were on duty in the Nwofe axis when they were attacked.

“We were on duty when our kinsman came around on high speed. So, we flagged him down and queried why he was riding recklessly. He started abusing us and accused us of flashing torchlight to his face.

“He said that he was going to deal with us. He left. Shortly, he returned with some of his gang members who came with vehicle. Before we knew what was happening, there were gunshots everywhere. Seven of us were shot but one person died”. He said

Meanwhile, the state Chairman of the People’s Democratic Party (PDP), Barr Onyekachi Nwebonyi, who decried the attack while briefing journalists in Abakaliki, called on security agencies to fish-out the perpetrators and bring them to book.

He disclosed that the victims were ambushed by political thugs who operated a Mercedes car and shot at them.

“I want to use this medium to condemn the wanton destruction of properties and killing of innocent Nigerians all over the nation.

“Of my particular interest is the wanton destruction of properties and killing of innocent Ebonyians in Ebonyi state. Few hours ago, I got a report from Izzi local government area that eight of our PDP members were shot. As I speak, two of them are dead.

“The opposition in the state are visibly out to instigate violence in Ebonyi state so as to scare voters from coming out to vote.

“I therefore warned them to desist from this act which is capable of causing unrest in the state. Let me also call on the security agencies in the state to immediately wade into investigating these killings and wanton destruction of properties to ensure that this does not escalate”, he said

When contacted, the state Police Public Relations Officer, ASP Loveth Odah said the matter has not been brought to her office.