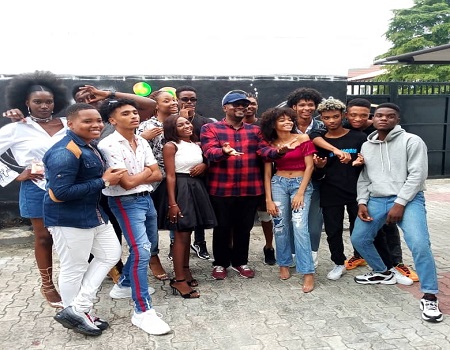 Popular Nigerian artistes have been pencilled in for the official launch of Teen Africa TV as it kicks off on December 1.

Set to hold at the Balmoral Hall of Federal Palace, Teen Africa TV has also started recruiting teens for the programme, which will be the first Teen TV in Africa.

Performing at the December 1st launch which will be aired live on HipTV and TATV will be the 2Baba, Joeboy and Crayon as well as other teen acts from the TATV performing ensemble.

The TV is a brainchild of Charles Novia who is the founder/CEO.

“Teen Africa TV is presently the biggest indigenous visual ecosystem for Teenagers in this part of the world,” said Novia.

“We speak the language of the Teens and we understand what they want. Our programmes are borne from research by them and all our original programmes have teens and young adults as presenters. We have given them their own world and there is nothing like this.

“The TATV presenters and Brand Ambassadors are some of the best teen talents in the country and we are very proud of them. We have assembled the next breakout youth talents who will take over the entertainment scene in Africa and the world in a few years and TATV is the natural springboard for these talents to blow’.”

After the launch, Teen Africa TV will be on DSTV and Gotv as a 24-hour daily channel with the best original content for the teens and family audience. In what promises to be a revolution in the broadcast and media space in Africa, TATV will be the station to watch.