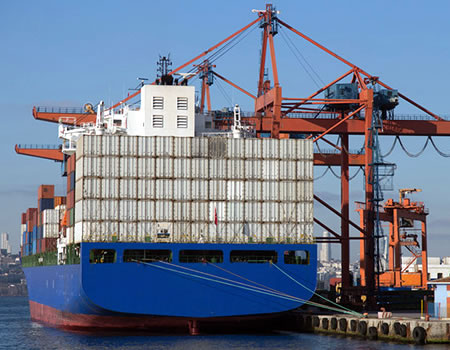 Following the report by the Nigerian Tribune concerning the detention of 28 export containers from Minna, Niger State at the Apapa port in Lagos since September 2020, investigations have revealed that the containers have now been released. This is even as further investigations revealed that the owners of the cargoes are expected at the Lagos port this week to come and ascertain the condition of the export products, which findings revealed are mostly perishable goods.

Speaking to the Nigerian Tribune exclusively on the matter, President of the Shippers Association of Lagos State (SALS), Reverend Jonathan Nicol explained that the exporters are expected at the Lagos ports this week to come and check the condition of the goods in order to know if they can still be exported or not.

According to the SALS President, “The detained export cargoes have been secretly released by the security officials who had detained them over unworkable Federal Government import and Export Adjustments policies.

“When they were released, the owners were not even aware. The release of the cargoes was done quietly, maybe due to the outcry that followed their detention.

“The owners of the cargoes are expected in Lagos this week to come and ascertain the condition of those goods. You know, some of them are perishable goods. So there is a need to come and inspect them before exporting them abroad, otherwise, they could be rejected by the foreign countries where they are to be exported to. We are expecting the cargo owners this week.”

Recall that the Nigerian Tribune had exclusively reported that 28 containers of export products from Minna, the capital of Niger State had been detained at the ports since September 2020 due to unworkable Federal Government import and Export Adjustments policies.

A statement made available to Nigerian Tribune by the leadership of SALS, said. “The Central Bank of Nigeria (CBN) NXP Compulsory Registration created a bottleneck that almost suffocated the entire export trade. Export cargoes were rejected by the Terminal Operators for lack of space, while exporters battled with registration on the CBN platform and the Nigerian Shippers Council (NSC) as supervisory.

“So many export cargoes were detained, especially the 28 export containers from the Minna Export and Shippers Association (MESA). These exports were detained due to unworkable Federal Government import and Export Adjustments policies.”

Private institutions are not money-making ventures (1)

Why previous simulators acquired by Maritime Academy rot away — Rector

NPA is a revenue generating agency, not NIMASA ― Amaechi