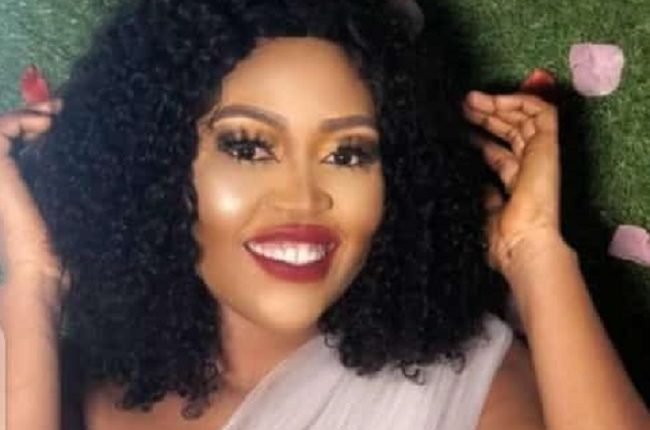 It was a gory sight on Thursday evening at the premises of the Edo State Specialist Hospital, Benin, when the body of a pregnant woman was discovered in a vehicle belonging to a traditional chief known in Benin as Enogie.

The deceased, aged 27, identified as Faith Aigbe, was found locked up in the Toyota Lexus SUV of the Enogie of Uroho, Iguodala Ogieriakhi.

Sources claimed that the corpse was allegedly brought to the hospital by the suspect, who locked up the vehicle, abandoned the corpse and fled the scene when he discovered that the woman was dead.

It was wailing and lamentation as the huge crowd, which gathered a the hospital premises, broke the glasses of the SUV to take a glance at the dead pregnant woman.

Enogie Ogieriakhi, who later reported himself to the police, said that the woman died while trying to procure abortion for an eight-month pregnancy, on the instructions of her relations, who were opposed to the relationship between him and the deceased.

“Faith was a woman l proposed to marry. She lived with me in my palace. But I have been having issues with some of her family members who do not want me to marry her.

“Faith was eight months pregnant for me, but some of her family members who do not want me to marry her encouraged her to commit abortion,” the traditional chief explained.

Confirming the incident, Edo Police command spokesman, Bello Kantongs, said the Enogie had been arrested and transferred to the Homicide Department of the CID for investigations.

“It is true, the lady’s corpse was found in the Enogie’s car, but he has been arrested today and transferred to the Homicide Department of CID for investigations,” Kontongs confirmed.

In spite of the huge investment in the water sector by the government and international organisations, water scarcity has grown to become a perennial nightmare for residents of Abeokuta, the Ogun State capital. This report x-rays the lives and experiences of residents in getting clean, potable and affordable water amidst the surge of COVID-19 cases in the state…27-year-old pregnant woman  27-year-old pregnant woman