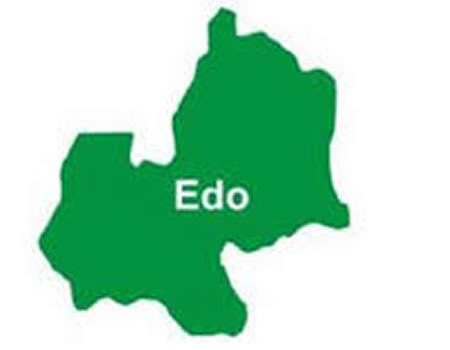 No fewer than 250 women and youth incubatees, on Thursday graduated from the Federal Government Livelihood Improvement Family Enterprise in the Niger Delta (LIFE-ND) agribusiness programme in Edo State

Speaking at the graduation ceremony in Benin, the National Coordinator, Mr Sanni Abiodun, said that the project was in line with President Muhammadu Buhari’s vision for national food security, especially in the Niger Delta.

The LIFE-ND project in Edo was being funded by the International Fund for Agricultural Development (IFAD), the Federal Government, NDDC and Edo State government.

Abiodun was represented by Mrs Stella Manureh, the representative of the Niger Delta Development Commission (NDDC) on the project.

He said the Federal Government was promoting agriculture as an alternative source of foreign exchange earnings especially as the earnings from oil were dwindling.

He noted that the project was being implemented in nine Niger Delta states of Abia, Akwa Ibom, Bayelsa, Cross River, Delta, Edo, Imo, Ondo, and Rivers.

“In each state, the project is designed to operate in 10 local government areas and in 10 communities in each LGA.

“The project is targeted at the unemployed youth between the age of 18-35 as well as women-headed households with children under the age of 15 willing to engage in production, processing and marketing.

“The incubatees are engaged in four selected commodities of Rice, Cassava, Fishery and Poultry in Edo.

“Today, the project is graduating 250 incubatees from the first and second batches of incubatees who have undergone the incubation process,” he said.

The state Commissioner of Agriculture and Food Security, Stephen Idehenre, in his goodwill message, congratulated the graduands.

Idehenre said that Governor Godwin Obaseki was passionate about the project, adding that the governor had also executed various agricultural programmes aimed at reducing unemployment and ensuring food security.

In his welcome address, the State Coordinate, LIFE-ND, Jude Ekpu, said the project was being implemented in 10 local governments and in 100 communities in the state.

Ekpu explained that so far, the project has engaged, trained and empowered beneficiaries across 50 communities through the incubation model.

“The model focuses on mentorship strategy whereby the prospective youth and women who are the incubatees are attached to successful agribusiness enterprises operating within the selected local government areas.

“To acquire business skills and knowledge through training and mentorship for a specific period.

According to him, the project commenced effectively in Edo in July 2017 and has since been running with attendant achievements.

Ekpu added that the incubatees were paid monthly stipends to cushion their transportation to training centres.

Mr Mavis Edogiawerie, an incubatees who graduated from the fishery enterprise in Uteh community on behalf of other graduands thanked the federal government for the opportunity.

High point of the event was the presentation of cash award to the best graduating incubatees.