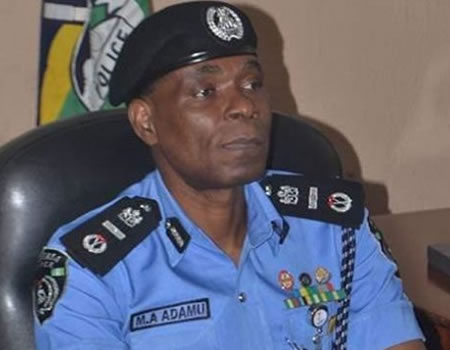 One Sule Moses, 24, a 100 Level retrainee student of the Department of Community Health, College of Health Sciences and Technology, Idah, Kogi State has been killed by some suspected gunmen.

It was gathered on Saturday that the late Moses, was allegedly attacked and killed by unknown gunmen at a late hour on Thursday, September 26, at a private hostel, off-campus at the back of the college.

The College Provost, Dr Nuhu Anyegwu described the attack on the student of the institution by unknown gunmen as “inconceivable and shocking.”

Anyegwu, in a statement on Saturday in Idah, expressed regret over the demise of the student, describing the deceased as a promising young man, particularly after successfully gaining admission into the institution.

”On behalf of the college community, particularly the Governing Council and management of the institution, is deeply touched by this act of man’s inhumanity to man.

”We sincerely extend the deepest sympathy of the management to the parents of the deceased and the entire college community over this shocking development,” he said.

The provost, who also spoke to our correspondent on phone, appealed for calm and cooperation, especially among the students of the institution.

He said the incident was immediately reported at Idah Police station that night, and Policemen came their that night to convey the corpse to the mortuary.

According to Anyegwu, the late Moses had since been buried in his home town in Dekina LGA of Kogi, amidst weeping and wailing by the students of the institution.

The provost, therefore, urged the police to do a thorough investigation of the unfortunate incident so as to bring the perpetrators of the dastardly act to justice.

The provost prayed God that the soul of the departed to rest in peace and that the immediate family the strength to bear the irreparable loss.

Friday, September 27, was declared a lecture-free day at the college.

One of the students of the college, a male, who spoke on condition of anonymity, appealed to the state government to come to the aid of the college by providing basic facilities within the school campus.

According to the student, it is because of the lack of basic facilities including good hostel accommodation in the school that forced students to be renting houses in remote places.

However, the Police Public Relations Officer (PPRO) in the state, William Anya, said that he was not aware of the incident. He promised to find out.

But as at the time of filing this report, Anya was yet to get back our reporter, and all the follow-up messages sent to his phone were not replied.