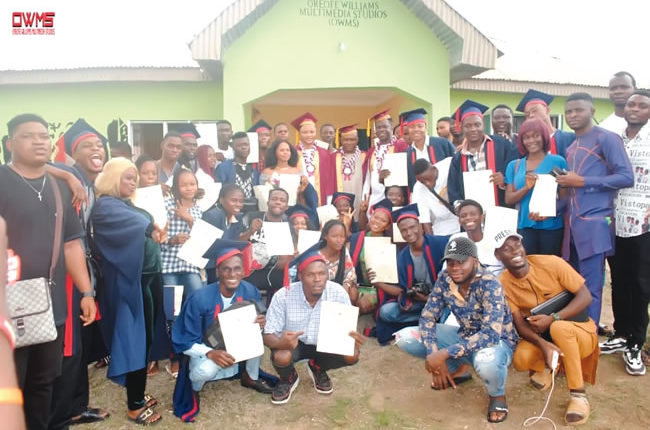 About 223 students have graduated and have been certified professional filmmakers by the City of Talents Academy, a film institution owned by prolific faith-based film producer, Oreofe Williams popularly known as Awojesu.

According to Williams, who is also a talent development coach, the convocation was a dream come true and a huge success in the history of the city of talent.

“I am delighted that the academy has been able to produce various professionals that will add value to the film-making industry, especially the faith-based circle. The development gives me the strength that the future of the younger generation is bright. I wish them well as they forge ahead in their careers,” he added.