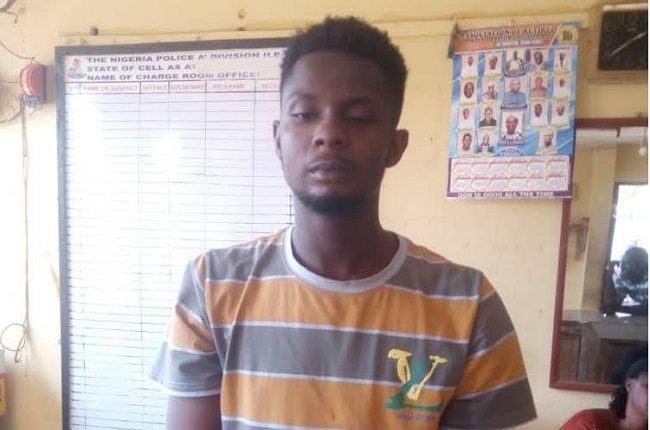 It was gathered Musa had opened a fake Twitter account in the name of a popular social media personality, Jaruma Empire, through which he garnered more than 10,000 followers before luring and duping some of them with ‘giveaways’.

The suspect was also alleged to have perfected the act by opening an account with Access Bank Plc in the name of Nigeria’s leading logistics company, GIG Logistics, through which he defrauded several victims by asking them to pay money for freight into the account.

It was also gathered that Musa, on receiving money transfers, immediately proceeded to block further communications with his victims.

The bubble, however, burst when in September 2020, a customer alerted GIG Logistics via its Twitter handle that someone had opened an account in their name at Access Bank to receive freight charges from customers online.

Months of the painstaking probe were said to have revealed that Musa had registered a telephone line in Abuja for his nefarious activities.

The lead eventually led the police team to Modomo in Osun State, from where detectives pinned down the suspect in the Moore area of Ile-Ife and got him arrested.

Musa was said to have been arrested with a laptop and an exotic phone.

Police authorities at Moore, Ile-Ife confirmed that investigations were on-going to identify and arrest other members of the internet fraud syndicate but that a case file was being prepared to charge Musa to court.