• Explains Obaseki yet to constitute cabinet 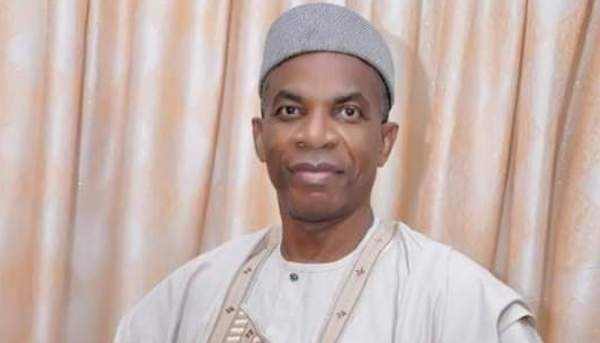 Ahead of the 2023 presidential election, the Edo State chairman of the People’s Democratic Party (PDP), Dr Tony Aziegbemi has canvassed for the zoning of the party’s presidential ticket to the South-South zone.

Aziegbemi who spoke at a press conference yesterday, in Benin as part of activities marking his one year in office, argued that former President Goodluck Jonathan did not complete his second term following his loss to President Muhammadu Buhari.

The Edo PDP chairman said that Governor Godwin Obaseki was yet to constitute his cabinet four months after he was sworn in because the transition committee was yet to submit its report.

As the most “PDPcentric” region in the country where all the states are governed by the party and all the governors performing excellently well, he noted that the ticket should be conceded to the oil-rich region which contributes so much to the national economy.

He said: “Our Zone, South-South is the most “PDPcentric” zone in the country with all the states being governed by PDP and all the governors performing excellently well. We wish to place on record that we are very proud of all our governors in the zone.

“It is the most “Nigerianized” and contributes immensely to the federation purse. We have the buccaneering spirit, gritty resolve, give and take, a conviction that everyone is entitled to the same dignity, courtesy, and esteem. These values of integrity, impartiality and merit have proved timeless and are a decisive legacy of our founding fathers.”

He continued: “As 2023 approaches, I humbly submit that our party have eminent men and women from across the six zones of the country that can lead us to victory. Our zone south-south I believe was short-changed when president Jonathan was stopped from getting a second term.

“With that in mind, and with the quality of leaders from the zone, We demand that our party, PDP, must zone the Presidency to the south-south to at least right the wrong that was inflicted.”

While assuring that Edo people did not have to wait too long, he disclosed that so much rot was uncovered by the committee which he is a member, adding that the issues must be addressed before the cabinet is reconstituted.

Aziegbemi assured: “There is so cause for alarm. The transition committee will submit its report by month’s end. After the submission, obvious loopholes will be blocked. It’s only then that the cabinet will be reconstituted.”

He said that the state government set out to create jobs and the government has advertised up to 2000 vacancies in the state civil service alone without the sack of one single worker.

“We are succeeding as unemployment is lower here than in any comparable state in Nigeria. In Edo, it is falling. Of course, there was a time when Edo was falling apart.”

Aziegbemi dispelled insinuations that council polls will not hold for a very long time following the end of the tenure of the 18 local council chairmen, on March I.