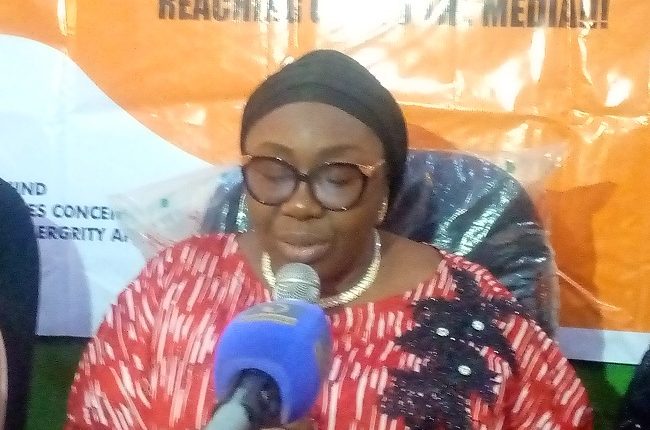 As the preparation for the 2023 general elections is gearing up across the country, a non-governmental organization advocating for the increase of women in politics called Women In Politics Forum (WIPF), has condemned the continuous declining numbers of Nigerian women participating in politics.

Addressing newsmen at the Nigerian Union of Journalists, Sokoto State chapter on Friday, the President of the Women In Politics Forum, while reacting to a research conducted on interrogating the policy interventions to increase women’s participation in governance in Nigeria.

Barrister Ebere Ifendu disclosed that in the recent list published by the Independent National Electoral Commission (INEC), the number of women seeking elective posts in both the presidency and the national assembly stands at 8.9% of the total candidates.

“An analysis of the candidates according to gender shows that there is only 1 female candidate for the Presidential election, candidate of the APM and this represents just 2.77 per cent.

“For the Senate, out of the 1,101 candidates vying for 109 senatorial seats, 92 are women representing 8.35% while 288 women are contesting for House of Representative out of the total 3,122 candidates, representing 9.2%.

“Cumulatively, there are 381 women among the total of 4,259 contestants for the presidency which represents 8.9 per cent of the candidates. ”

The group also said in Sokoto State, the 2019 general elections saw no woman elected in either National or state assemblies compared to five women candidates on the recent INEC list.

The group however said the survey indicated that the government and political parties have a vital role to play in the advancement of women’s participation in politics and governments.

It further enjoyed respondents from different backgrounds, locations, gender, politics, participation, and experiences among others.

The group also called for necessary steps to ensure that the unfortunate trend is turned for wholesome national progress and development.