• Says Atiku, Obi should present their medical records to Nigerians before Tinubu 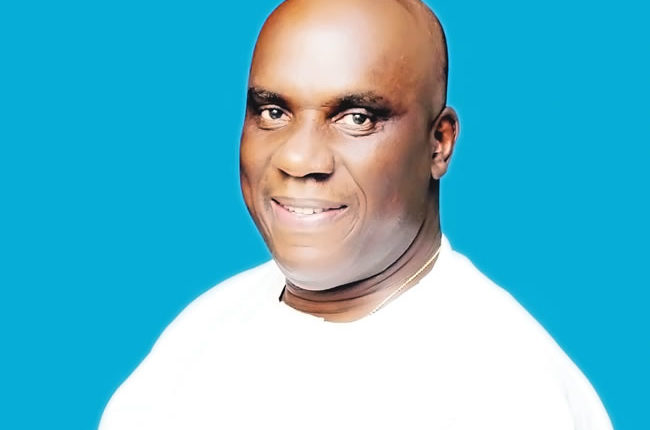 National Publicity Secretary of the All Progressives Congress, Barrister Felix Morka, has said the ruling party would take its time before proceeding on nationwide campaigns for elective offices ahead next general elections.

Morka made the declaration, on Monday, while speaking on Arise TV monitored programme.
There has been a lull in the party activities owing to the absence of its presidential candidate, Senator Bola Ahmed Tinubu who is currently in the United Kingdom.

Tribune Online checks revealed that certain members of the All Progressives Congress Presidential Campaign Council will hold a meeting on Tuesday night at the Campaign secretariat located at Central Business Area, Abuja. Secretary of the Campaign Council and lawmaker representing Ikeja Federal Constituency, James Abiodun Faleke, would preside at the session. Barring unforseen circumstances, the party standard bearer, Tinubu, is expected to return to the country on Wednesday.

Investigation revealed that party chieftains who got nominated into the All Progressives Congress Presidential Campaign Council to be chaired by President Muhammadu Buhari and the Women Wing to be led by First Lady, Aisha Buhari would be inaugurated on October 10, at the Dome Banquet Hall, Presidential Villa Abuja.

Morka who said campaigns have since started at wards, local government areas in states across the country further maintained that the ruling party would not rush into elaborate campaigns.

He said: “Our campaigns are ongoing already even though it is yet to be formally and globally inaugurated. But you know, make no mistake, the units and at ward levels in the local governments and states efforts are underway. People are really bursting with energy to hit the road. The foremost symbolic thing will be done.

“And the fact that we didn’t do it on the first day of the campaign doesn’t take away from the seriousness with which we are going to attack this program. And as a matter of fact, again, we are also very keen not to have our voice and our efforts lost in the cacophony of the rest of the parties. So, we are taking our time. And within a few days, we will get it right. By the way, I think we are actually entitled to take a bit of our moment to really fine-tune how the process as the largest party on this continent.

“And I think there is something that needs to be said about that where anyone at the unit level like me comes from Delta State. My phone is constantly buzzing with people trying to get involved in the unit and up to ward levels, local government, and state levels. So, what we did was not just at the national level. That is not what really matters.

“But at the unit level, people are filled with this enthusiasm to get involved. Because they know and are confident that we are going to succeed. And because we are going to go out there to justify to Nigerians why we deserve another mandate to govern this country.

“And that is not something about Abuja and the national presidential campaign council but also of the wards, units, local governments, and the states as well. It is a centralized approach that is what our party is interested in so as to accommodate more people who are keen to get involved in this effort to compete and win the presidency of this country in the election come next year. ”

Amidst speculation trailing alleged ill health of his party presidential candidate, Morka said Tinubu was physically fit and tasked Nigerians to change the narrative by showing more than passing interest in the health status of People’s Presidential candidate, Atiku Abubakar and Peter Obi of the Labour Party.

“Our candidate, Asiwaju Bola Tinubu is as fit as anyone. I am not saying this to be political. For the purpose of this discussion, you have raised the question of his health. What I am saying from my knowledge even though I am not a medical doctor, from observing him for being around him, engaging with him, and many times over the last few months that I have been at the campaign council, in meetings with him and observing him meeting with others, his schedule will make anyone else think that they are as fit as fiddle to actually get dizzy.

“I have been around him for six hours uninterrupted. I have watched him go to meetings back to back and walk people to the door as they leave. We can have a conversation about the body being old or aged or being challenged while the mind is still very fit.

“We can have that conversation. But the point I am making is that from the question you asked, all I can say is that for a man of his age, Bola Ahmed Tinubu is strong and has his wits about him. Physically I have seen him pray.

“Not even people of my age or your age. Who can manage six hours of none stop meetings without a break? One team after the other. That is what he does every day at the council. Who says that the older you are the more vulnerable or the quicker you are to the grave? Who says that? And that is the assumption I find a bit disturbing.

“Because the fellow is an elderly person, therefore he is going to kick the bucket. My point is that there is no assumption that should inform our conversation around those who compete. I don’t know of any candidate in this election who has offered us their own medical records. Even the younger ones among them, no one has done that. I am not privy to that and I have not seen anyone.

“Atiku Abukabar should start it. Peter Obi may start it. Anyone else may start it. It doesn’t mean that because we are a ruling party, therefore, the initiative to start it must come from us. Because that also played into this whole narrative that a particular candidate may have something about himself that should concern us. I rejected that because that doesn’t support my observation and is certainly not supported by natural occurrences. The people who are younger may even be sicker.”

The APC National Publicity Secretary said the absence of Tinubu at last week peace deal at the instance of National Peace Committee has nothing to do with health challenge.

“It is not because he was ill. That was not the reason he was not there. I was called up this morning to come here. I am here not because I didn’t have other things scheduled. But because I was able to reschedule my plans for today, to be here and that was also a choice I have to make.

“Now, two things. One is that I was asked to come. The other things that I left behind don’t mean they are not important. But I just choose to be here because of the nature of this engagement. My point is that Asiwaju was absent from the Peace Accord not because of ill health, he didn’t want but because he had a prior scheduled engagement to be held elsewhere and he was already out. And as you can see for the last couple of days we are getting a feel of what is going on with him. He is fine. And I am sure he will be back in the country very soon.”