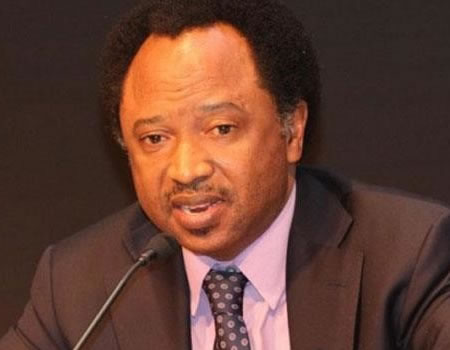 Share
The Presidency of Nigeria may elude the South in 2023 if the two regions (South east and south west) clamouring for it do not unite to decide what region should field candidates in the 2023 Presidential race.
Eighth assembly Senator who represents Kaduna Central said this at an interactive session organized by the correspondent chapel of the  Nigeria Union of Journalists FCT Council.
Sani said the ruling class is unyielding to ideas of the rotational presidency and it would take only a united southern region to press home this political solution adopted for all parts of the country to feel a sense of belonging in the governance of Nigeria.
He said while it may be unfair for the North to hold unto power come 2023, the southern bloc must unite to confront this posture of those in power as against its inter-regional campaign on who is qualified or otherwise to run for 2023 from the south.
“It will be unfair for other sections of the country if one section of the country uses it’s a topographical or demographic advantage to hold unto power. Knowing fully that it was not the topography or demographic advantage that delivered them to power.

“Rotation of power is what I prescribe and stood for, whether that power goes to the east or west, it is dependent on the people from the south.
“What I will say is that there is a possibility of producing a Northern president in 2023 if the east and the west remain divided in their resolve on the governance of the Country. It is this division that will be exploited by those who are proposing the issue of competence Sani stated.
He continued that the direction of the power is not dependent on views of an individuals but one to be decided by the varying political blocks that are contending for the Presidency come 2023.
Sani said if power moves to the southeast it will decimate the clamour for those clamouring for a Biafran state because they have been given the opportunity to exercise executive power in the country along with the thinking of fairness which informed the rotational presidency.
He said: “If power moves to the southeast, it will be a final defeat of secessionists and also a formal end to the Nigerian civil  war.”
Senator Sani said it is an issue for Nigerians to explore stressing that he will continue to advocate for those in power to pay respect to the principle of rotational power warning that if the south east and the southwest fail to heed this warning it will suffer the consequence of losing out in the presidency come 2023.
“Also, if one major political party supports the rotation of power and another refuses to support the rotation of power, there will still be trouble.
So realizing the respect for rotation of power will be dependent on three factors. The will be the common resolve of the people of the South that power should move to the south.
“Secondly, the common resolve of the east and west that this is where it will go to and the third is that the major political party must accept this as a reality. These three things are inevitable any one of them that is not considered will still end up with Northern Presidency in 2023,” he stated.
He said his proposal was for the peace and unity of Nigeria country.
Responding to question of being the coordinator of Senator Bola Ahmed Tinubu presidential aspiration ahead of 2023 in the North, Sani said he was not aware of Tinubu’s aspiration and was never contacted needless appointed his coordinator in the North.
“I can tell you that, that is a false fake phony story, it never happened,”  Sani stated.