2023: Only youth creativity will reset the nation ― Kogi commissioner 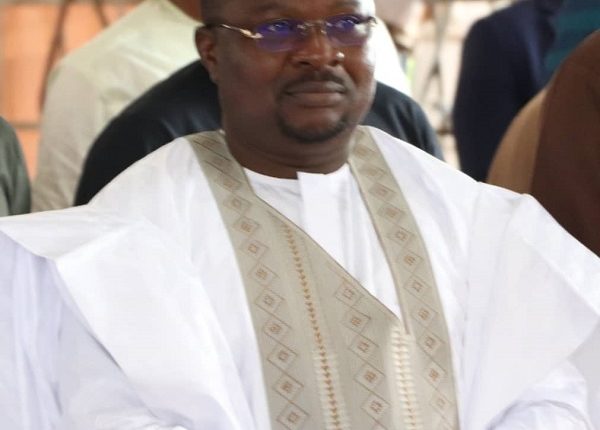 The Kogi State commissioner for Works and Housing, Engr Abubakar Ohere says the 2023 presidency will be about harnessing Youth creativity and energy towards resetting the Nigerian nation.

Engr Ohere made the disclosure during his Easter homage to the Okene GRA Christian Community, explained that the 2023 presidency will be about harnessing Youth creativity and energy to reset the country.

He explained further that for the nation to achieve the much talked about better productivity and above all political inclusiveness and sense of belonging, the Nigerian youths must get the requisite numbers in decision making.

Engr Ohere maintained that the listed requisite, has been a tested platform that has worked in other economies with the wisdom and backing of the elders, said the time to put it in practice in the country is now.

The commissioner further argued that the time not to take the youths, intelligence, bravery, and younger vibrant population should be the priority, said the prevailing situation in the country especially with respect to security was an indication that harnessing youth creativity, energy, intelligence, capacity and geographical network towards resetting the Nigerian nation, as they remain the largest stakeholder is very key.

ALSO READ: Nigerian leaders should stand by the rule of law ― Kebbi CAN chairman

The commissioner also described the current administrative template of Governor Yahaya Bello in Kogi State as one that has more than any other in the country given attention to security, appointment and employment generation and above all, empowerment to women and youths, as infrastructural development enjoys priority in the state.

He congratulated the Christian community in Okene GRA for witnessing yet another Easter Celebration in peace and progress, assured that the present administration is committed to ensuring a peaceful coexistence amongst religious adherents.

In a remark, an American based Nigerian, Mr Sam Oparism, commended the insights and panacea to having a virile nation, said the time to make youths inclusive cannot be overemphasised.

He commended the Kogi State Governor, Alhaji Yahaya Bello, for giving a sense of belonging to the Nigerian youths, appreciated him for making youths cardinal in his Priority.

He commended Gov. Bello for empowering a larger percentage of the youths in his administration, described the Governor as a man who governs without ethnic, religious and other mundane considerations.