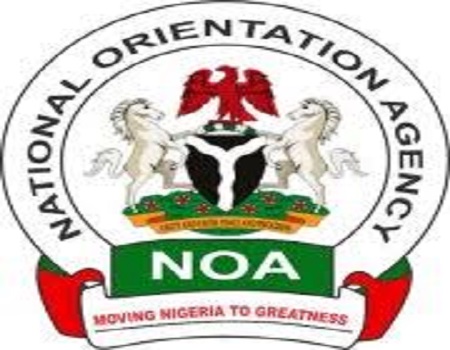 Ahead of the 2023 general election, the National Orientation Agency (NOA) has embarked on a nationwide mobilisation of women to participate actively in peace and nation-building.

The Director-General of NOA, Dr Garba Abari while speaking at the National unveiling of a project and orientation meeting for the National Action for Women Agenda (NAWA), said women’s participation in politics is a fundamental prerequisite for gender equality and genuine democracy.

He said their participation in politics facilitates direct women’s engagement in public decision making which is essential for inclusive national growth.

Furthermore, Dr Abari said the role of women in peacebuilding, governance, and socio-political development is coming under increasing interrogation with a view to ensuring an increasing trajectory in women’s development.

“Women have played key roles historically in human development across Africa and indeed the world. Their participation and inclusion must therefore not only be sustained but also increased.

“The National Orientation Agency will be working closely with NAWA to achieve the lofty ideals enunciated in its areas of interest. It is in this regard that the NOA is availing its national footprint to NAWA for the actualization of its objectives.

“As you might have noticed, NOA directors from the 36 State Directorates and the FCT are here with us at this unveiling ceremony. The purpose is to ensure that they hear directly from NAWA so that the role that is expected of them is clearly understood and when the time for programme implementation comes, we will all be on the same page as to what is required of us,” he noted.

In her address, the National President of NAWA, Hajiya Hauwa Bagu said the focus of NAWA is predicated on the need for women to play an increased and participatory role in peace building, governance and socio-political and economic development of the country.

“This we believe cannot be over-emphasized, especially as the nation is passing through challenges of insecurity, sectional political and ethnoreligious divides masterminded by some selfish individuals and groups,” she noted.

Hajiya Bagu said to be able to deliver on this mandate, the national platform was birthed to genuinely champion the course, through an enhanced engagement of both state and non-state actors, and to provide more space for women to further give their contribution in nation building and development, hence the establishment of NAWA.

“As we are all aware, the number of women in decision-making positions remains relatively small in Nigeria. Peacebuilding is the foundation for creating sustainable human security and equitable development in countries that were affected by the challenges of violence and insecurity.

“A major challenge is that in Nigeria women are often not perceived to have the skills, knowledge or social status needed to bring about change in the environments that were affected by insecurity or violence.

“Changing this requires a mind-shift by major stakeholders on how they view the role of women. The integration of women in key processes can take various forms.

“The need for women to play active roles in promoting peace and national unity for the socio-political and economic development of any nation cannot be over-emphasized, especially at this point of our most trying period in the history of our nationhood,” she added.