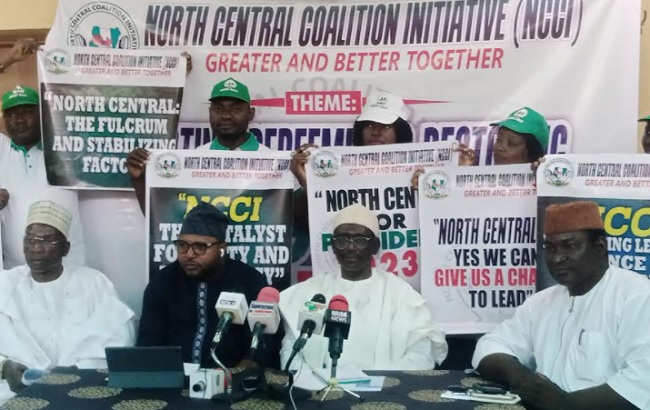 A group called the North-Central Coalition Initiative has said that the stability of Nigeria would depend on the emergence of a North-Central candidate for the President of Nigeria.

Speaking in Abuja for the North-Central Coalition Initiative, Philip Gyunka said the leadership challenge faced by the country would be solved in the choice of a North-Central candidate for the 2023 President of Nigeria.

He said, “The north-central geopolitical zone has suffered so much injustice. It is its political victim status that can make leaders from this zone dispense justice equitably and ensure that there are no second class citizens in Nigeria.

“We strongly believe that for Nigeria to survive as a political entity and witness rapid development, there must be good leadership in place. The North Central geopolitical zone is strategically positioned to provide the much deserved political leadership for Nigeria.”

He said the coalition is calling for a national revival aimed at rebooting Nigeria to redeem and restore its past glory.

“Nigeria is today at the brink of disintegration as we are witnessing unprecedented agitations from the various political components that make up the country.

“There’s clamouring for self-determination in some geopolitical zones of the country, calls for restructuring of political power structures, and calls for the complete jettison of the nation’s Constitution which was authored by the military, for a new one whose tenets should have inputs from the people.

“This scenario, which is threatening the country, is leading the country towards balkanisation and complete disintegration unless urgent steps are taken towards averting the inevitable.

“Against the backdrop of this sad development, a revisit of our country’s past political development is very necessary in order to situate the problem within the context of our nationhood and proffer empirical solutions to the issues at stake.

“No one in our country today can comfortably say that the present prevailing situation is not a disturbing phenomenon. We must, therefore, pause and ponder awhile as to what needs to be done, if we’re to survive the present political onslaught being carried out by evil forces.”

He noted that the region was the only region that has not produced either a president or vice president in this democratic dispensation.