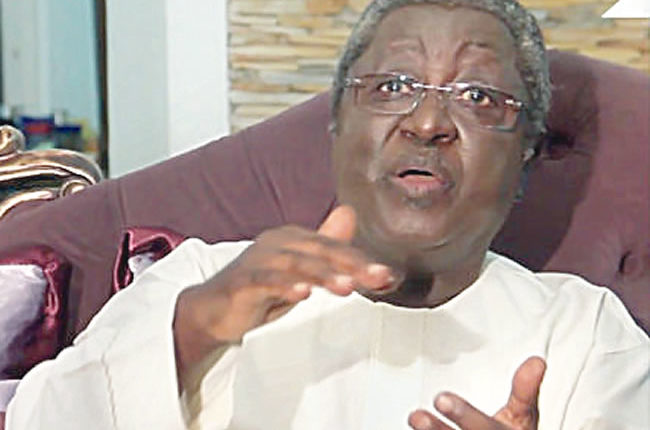 A group known as”Plateau for Atiku Movement” has frowned at the withdrawal of the former governor of the state, Senator Jonah Jang from the Peoples Democratic Party (PDP) Presidential candidate, Abubakar Atiku’s campaign council.

The group in a communique issued at the end of the meeting in Jos signed by Ambassador Yahaya Kwande and Professor Shedrach Best, respectively, pointed out that the withdrawal did not represent the view of the PDP and its followers in Plateau State,

It urged Senator Jang to make a public withdrawal of his position for the unity, progress, and victory of the presidential candidate.

The communique re-affirmed support for the presidential flag bearer of the PDP, Alhaji Abubakar Atiku, and his running mate, Governor Ifeanyi Okowa.

Speaking with newsmen, the secretary of the group, Professor Shedrach Best expressed optimism that the Atiku will comfortably win Plateau state in 2023, saying the PDP has never lost a presidential election in the state, adding that the party will deliver plateau for him without much sweat in 2023.

“Our party has been around since 1999 and has been winning elections since then. The people of the state are with the PDP and we are good to go. Baba Kwande is a father to us and he is experienced. He is a rallying point for all of us, and that is what we need,” he added.

Best further said, “As you all are aware, we are here to deliberate and unite the party in order to work for the victory of our party in the forthcoming presidential and governorship elections.” We want to go to the election as a united party and we need a father figure, an elder statesman in the person of our host, Ambassador Yahaya Kwande. ”