• Era of used and dump over, says Oyindamola, APC chieftain 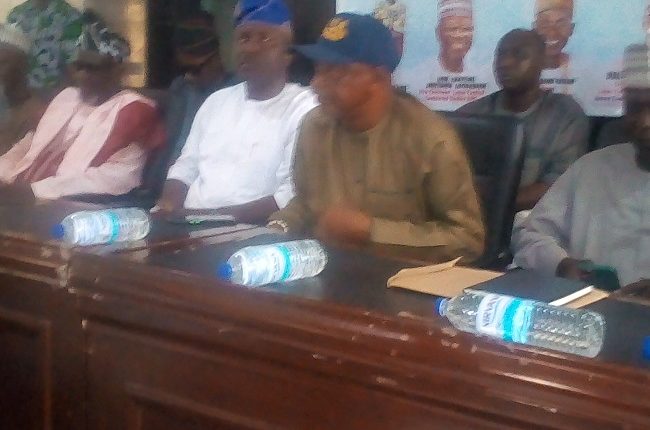 Arewa Community in Lagos State chapter of All Progressives Congress (APC) has charged its members across the state, who are of voting age, to go and out obtain their Permanent Voter Cards (PVCs) to enable them to vote in the coming general election, saying it was set to embark on house to house campaign to sensitise and mobilise members to ensure success in that regard.

Chairman of the Arewa Community in Lagos, Engr Sa’adu Dandare Gulma, made the call at the weekend while addressing a large crowd of the community who gathered at Eti- Osa Local Government Secretariat in Lekki area of the state, noting that members of the community in Lagos were for peace and harmonious relationship, and therefore, remained partners in progress.

Gulma, while urging members to go for their PVCs without further delay to enable them to exercise their voting right, come the 2023 General Election, said the Arewa community in the state promised this time around to deliver a total of 1.5million votes to APC Presidential Candidate, Asiwaju Bola Ahmed Tinubu, adding that efforts to achieve that feat were being put in place ahead of the presidential poll.

“Please, I am begging all Arewa, go and collect your PVCs without further delay. You will show love for Asiwaju Bola Ahmed Tinubu by collecting your PVCs and voting for him at the coming presidential election.

“We are promising that this time around, we are giving him 1.5million votes. We are ready, we are moving around to sensitise and mobilise our Arewa people across the state towards this. We are here today at Lagos Central, next week, we are going to Lagos East.

“We are ready, we are going to deliver our votes to Asiwaju, and will do the same thing for Governor Babajide Sanwo-Olu and all APC candidates in the state. Insha Allah,” he said.

Gulma, therefore, called on the council chairman in Eti- Osa, Hon Saheed Adesegun Bankole, to deliver the message from the Arewa community to Yoruba obas in the state, urging that the monarchs should always see his members as partners in progress and carry them along for the progress and development of Lagos State.

Deputy Chairman of the Arewa Community in APC, Alhaji Adamu Daura, who spoke earlier, said the community remained a reliable entity in the state, assuring that the APC presidential candidate, Asiwaju Tinubu would secure the votes of his members, come 2023 and emerge the next president of the country.

This was just as he appreciated the council boss for his continued support for the Arewa community in his area of jurisdiction.

Also speaking, APC Chairman in Eti- Osa LG, Aremo Olanrewaju Oyindamola, expressed his appreciation to the Arewa community but said more efforts needed to be put in place ahead of the 2023 General Election.

According to him, there is a need for house-to-house campaign, urging women, who he described as engine room and garrison commander in terms of mobilisation for political activities to take charge as, according to him, it is time for action.

He, however, assure all that the era of used and dump was over, saying that people who worked for the party would be rewarded accordingly this time around.

“This time around, the era of used and dump is gone, if you do your work, you would be rewarded accordingly. If you are ready, we are ready,” he said.

Responding, Chairman, Eti- Osa LG, Hon Bankole, represented by his Chief of Staff (CoS), Hon. Sulaimon Adekanmi, equally charged the Arewa community in the state to go all out and secure their PVCs as soon as possible, saying that they should not allow anyone to intimidate them from doing so to ensure that they voted their choice candidates in the coming elections.

“We are going to show our strength. How do we do it? It is by our PVCs. Get your PVCs, don’t let anybody intimidate you.

“This fight is for us. APC is going to carry the day and Asiwaju Bola Ahmed Tinubu will be the next president. Governor Sanwo-Olu and all our candidates would be victorious and sworn in, come 2023,” he said.

Orashi river will be open for economic revitalisation ― Uzodimma