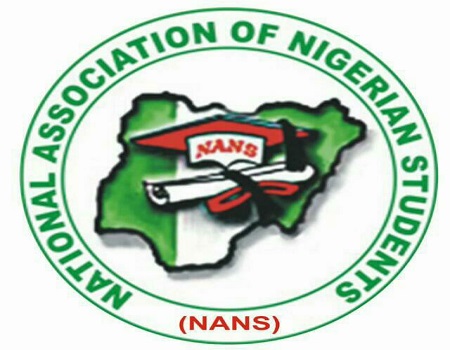 The National Association of Nigerian Students (NANS) has urged the Independent National Electoral Commission to undertake a downward review of its proposed N305 billion budget for the conduct of 2023 general elections in view of the prevailing economic situation in the country.

The student body has also urged President Muhammadu Buhari to write his name in gold by signing the Electoral Act Amendment Bill into law.

Chairman of INEC, Professor Mahmood Yakubu, had last week presented a budget of N305 billion to the National Assembly, for the 2023 general elections.

But the Southwest (Zone D) Coordinator of NANS, Comrade Adegboye Olatunji, said the N305 billion requested by the electoral umpire apart from its N40 billion annual budget was too high and be reviewed downward.

Olatunji in a statement made available to newsmen on Sunday in Abuja said the precarious economic climate in Nigeria requires prudence in the management of resources in view of competing demands.

He, however, called on the Federal Government to ensure adequate funding of INEC to enable prepare well for a hitch-free general election in 2023.

He said: “The function of the government in preparation for the general election is the timely provision of adequate funding for the Independent National Electoral Commission (INEC).

“This is needed so as to fast-track the procurement and printing of sensitive and non-sensitive materials, importation of necessary equipment, as well as organize befitting remuneration for the workforce, among other things.

“Having said this, it will be inimical and tantamount to delusion and self-deception if we fail to appreciate the precarious economic climate of the nation.

“The Nigeria economy is barely hanging by a thread and the requested ₦305 billion may not be feasible at this time.

“Consequently, we admonish both INEC and the Federal Government to adopt astute patriotism to the country by looking for the nearest most appropriate solution to this potential quagmire.

“In addition, INEC should form a Budget Assessment Committee to see to the appropriate downward review of the budget to a much more practicable figure.

“This is of essence to avoid mindless and useless back and forth between INEC and Federal government,” Olatunji said.

The NANS Coordinator urged President Buhari to eliminate all forms of sentiments and subjectivity in all dealings with INEC which includes the incorporation of INEC’s allocation into the National budget, adding that all manners of politicization must be avoided.

On withdrawal of Presidential assent to the Electoral Act amendment bill, NANS said President Buhari has the chance to write his name in gold as the President that restructured Nigeria’s electoral system after years of trial and error.

“The President should therefore ignore all dissident and retrogressive exhortations aimed at dissuading him from signing the bill into law.

“We affirm our conviction in the direct primary procedure as it will allow only politicians who are truly popular at the grassroots level to emerge as party flagbearers.

“However, we also concur that political parties should be able to unilaterally determine their choice of technique in line with their respective ideologies,” Olatunji said.

Lack of human values responsible for insecurity in Nigeria — Bada

FG reiterates commitment to implement 0.5 per cent of GDP for research, innovation