Brands and Marketing
By Akin Adewakun | Lagos On Oct 3, 2022 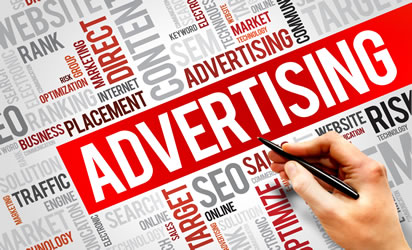 VERY recently, the nation’s political gladiators, the presidential candidates of the different political parties, expected to be on the ballot at the 2023 general  elections, gathered in Abuja, to sign a peace accord, meant to ensure that campaigns towards the build-up to the elections are hate-free,  decent and non-condescending.

Interestingly, not a few believe that to ensure a decent campaign, devoid of hate speeches, the nation’s advertising industry definitely has a huge role to play.

For instance,  the President of the Outdoor Advertising Association of Nigeria (OAAN), Chief Emma Ajufo, in an exclusive chat with Brands & Marketing, believes there is the need for the nation’s marketing communications experts to be ‘very involved’ in the communication process to enable them give professional touches and advisories.

While stressing the need for politicians to be civil, in line with the  recently-signed agreement, the OAAN boss  believes  the involvement of experts in the communications process would also go a long way in averting unnecessary heating up of the polity.

“You know heating up the polity beyond what we have now will not do anybody any good. Today both the rich and the poor are all crying, and everybody is on the edge, and what we can then do is to appeal to those who have signed this peace accord to appeal to their supporters to minimize  the way they handle their campaigns, especially the online campaigns,” he stated.

Ajufo however believes the Advertising Regulatory Council of Nigeria (ARCON) also has a big role to play, as political campaigns gradually gather momentum.

He appeals to the apex regulatory body in the industry to ensure that campaigns are issue-based, adding that any of those campaigns that violates advertising laws of decency, truthfulness and honesty must be sanctioned.

The OAAN’s boss also called on media owners to always insist on ARCON’s certification for any  campaign material they intend to publish.

According to him, his sector, the out- of- home advertising, had already commenced the process of ensuring that campaigns exposed by members are decent and hate-free.

Besides insisting that members must ask for vetting licence before putting up any political communication,  the association, he added,  had also written to the Lagos State Signage and Advertisement Agency (LASAA) on the need to ensure a level-playing field for all involved in the campaign.

“It’s not that lLASAA has done anything to suggest that they are going to prevent people from advertising or communicating to their electorates, but we had such thing in the past, and we are saying that they should allow level-playing field this time around,” Ajufo stated.