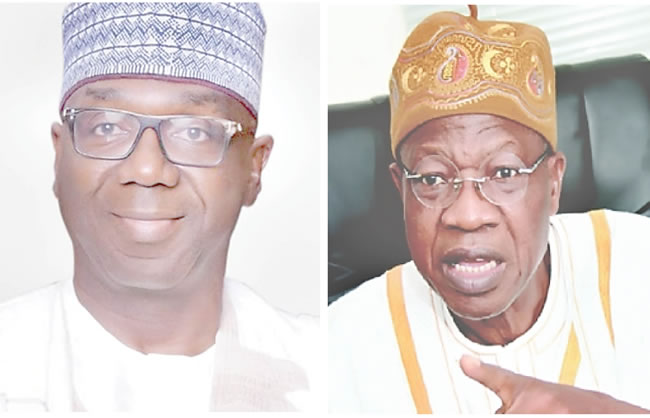 In this report, BIOLA AZEEZ brings details of the intense power tussle among the All Progressives Congress (APC) top shots in Kwara State.

A number of observers in Kwara State are divided on what has culminated in the ongoing friction in the ruling All Progressives Congress (APC) in the state. The recent scenario in the political landscape of the state, especially among leaders and members of the party showed a subtle but yet a fierce struggle for control of the soul of the party. While some have jumped into such conclusions as linking the recent situation to the scramble and struggle for 2023 general election vis-a-vis second term of the incumbent governor, others are of the view that it has always been there and not unconnected to the determination between two groups of politicians that see the need to attract sustainable development to the state and those who want to use political offices for personal relevance and gains. However, there are worries that a situation where political frictions are allowed to fester for too long at the expense of meaningful development, the people’s general welfare is at risk.

Some elders and stakeholders of the APC in Kwara, including former Ambassador to Malaysia, Kunle Sulaiman, Senator Makanjuola Ajadi, Chief Wole Oke, Ambassador Nurudeen Mohammed, among others, did not mince words at a recent political event in Ilorin, the state capital, when they confirmed a crack in the ruling party.

Sulaiman, who said that the likes of the former governorship aspirant of the party in the last general election, Professor Shuaib Oba Abdulraheem, a party stalwart, Akogun Iyiola Oyedepo and recently removed party caretaker committee chairman, Honourable Bashir Bolarinwa are up against administration of Governor Abdulrahman Abdulrazaq and his supporters, accused the political figures of nursing the intention of turning themselves into political godfathers against good development plans and programmes of the governor.

The personalities in the opposing camp came up with their own accusation against the governor, alleging that he was running a one-man show. They claimed that he and his supporters in the party executive tried at so many times in the past 18 months to remove the erstwhile party chairman, Bolarinwa, from office until eventual his suspension and removal by the APC national leadership. While the fire rages, two notable ministers from the APC in the state, Alhaji Lai Mohammed and Senator Gbemisola Saraki have remained silent, despite being mentioned as forces opposing the Abdulrazaq administration.

Following the removal of Bolarinwa as party’s caretaker committee chairman, some concerned APC youth stakeholders in the state, threatened not to allow forthcoming party’s membership registration exercise to hold in the state.  The stakeholders, who described the purported removal as illegal and undemocratic, called on the national caretaker committee of the party, led by Governor Mai Mala Buni of Yobe state, to rescind the decision in the interest of the party in the state. The spokesperson of the youth, Mallam Ahmed Ishowo, described the recent political developments in APC in the state, “sad as it is; it is returning Kwara State to the bad old days of naked wielding of political power by few privileged to overrun the wishful will of the people.” Flanked by other youth leaders from the Kwara South and Kwara North senatorial districts, Mr. Olawale Adegboye and Mallam Adamu Abdullahi, Ishowo said that alleged removal of Bolarinwa was a bad omen. He alleged that the suspension and subsequent removal of Bolarinwa from office on  January 13, 2021, was without any prior properly instituted allegation in accordance to the APC’s Constitution against him.  The youth urged President Muhammadu Buhari and the national caretaker committee of the party to address the alleged injustice.

But the action was quickly countered by supporters of embattled Bolarinwa, who through another group, Kwara APC youth, endorsed the removal of Bolarinwa and aligned themselves with the appointment of Alhaji Abdullahi Samari as the new chairman of the party’s state caretaker committee. Their spokesperson, Abdulmumin Lade Yunusa, cautioned against anyone hiding under the cganges to foment trouble because “Kwara is a State of Harmony.”  He emphasized: stated further: “We expected him (Bolarinwa) to have resigned long ago for his undisguised hatred and disrespect for the state governor and the government elected under the party he led. It is, therefore, not surprising that the national headquarters of our party has done the needful. We hereby declare our support for Alhaji Abdullahi Samari while urging him to work with every tendency in the party.”

In the meantime, most pundits have linked the festering crisis and power tussle in Kwara APC to the struggle for the control of the party in preparation for a likely second term bid of the governor in 2023. And his supporters claimed he remained focused on delivering dividends of democracy to his people. Already, almost all the 20 governorship aspirants that contested the last general election are gearing up to have another shot at the Government House. His supporters, who comprised the state APC elders and youth stakeholders, have publicly endorsed the state governor for a second term in office. The party elders and stakeholders said he deserved another term in office because of his outstanding performance within 18 months as governor so far. “Every performing governor should have second term. If he’s yet to come up with it, we’ll ask him to run for second term,” they promised.

The party stalwarts, who lamented political frictions within the APC fold in the state, however, said that there is room for reconciliation of warring members. “For us, the solution is at the corner. The present caretaker committee executive has a tenure of six months. There will be a congress thereafter to elect party leaders at different levels in the state. I think that’s the only democratic way to solve the situation,”, they stated.

The Kwara APC elders and stakeholders accused the state party chairman, Hon. Bashir Bolarinwa and some stalwarts of the party, who they said include Professor Shuaib Oba Abdulraheem and Akogun Iyiola Oyedepo, of working at cross purposes with Governor Abdulrazaq. The stakeholders led by a legal practitioner, Suleiman, among other party stalwarts in the state, alleged that the party chairman and some others had never disguised their dislike for the governor and his administration, “for reasons unconnected to development of the state.

The party elders and stakeholders, whose speech was read by Prince Sunday Fagbemi, pledged their support for the governor and his administration. The elders said that they had a duty to support AbdulRazaq on account of his impactful leadership of the state, his prudence, humility and large-hearted approaches to issues, including party politics. “Governor AbdulRahman AbdulRazaq remains a man of the people and he stands tall as a man of honour among the majority of our party members in the state, in spite of the unfair de-marketing campaign launched against his administration by some of these party chieftains and their co-travelers in the opposition. This is not by chance.”

Meanwhile, the APC national leadership appears seriously concerned about the festering crisis in the Kwara chapter of the party. This informed a peace meeting brokered on Monday by the leadership in Abuja, with the governor and Alhaji Lai Mohammed in attendance. The matter was eventually referred to the North-Central wing of the APC to resolve. With the membership revalidation and registration of the party due to commence next Monday, there is suspense among APC faithful if the issue could be resolved before then. However, well-meaning party members have called for truce because of the implications of such imbroglio.