2023: APC will pay dearly if southern presidential candidate is not picked —Braimoh 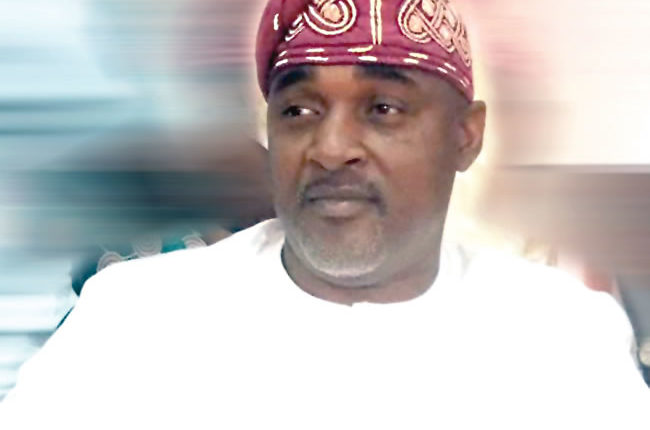 A chieftain of the All Progressives Congress (APC) in Ogun State and former member of the House of Representatives from Ikenne/Sagamu/Remo North Federal Constituency, Honourable Bukola Braimoh speaks to DARE ADEKANMBI on the 2023 presidential contest, what governments and the youths should be after the #EndSARS protest, among other issues.

THE #EndSARS protest has come and gone, with various demands tabled. What do you suggest is the way forward now?

The government needs to do a lot of things now, including looking critically into the demands of the protesters, especially some of them that could be done within the shortest possible time. The government also needs to go ahead and analyse each day of the protests, especially, the police department, with focus on the many fake videos that were used on the social media platforms. This is to educate Nigerian children and the youths. There will always be protests because the government will never be 100 per cent okay. So, there will always be one thing or the other to protest about. The police need to do a good job by bringing out all the fake videos and everything that has been used to manipulate the minds of the youths so that they can present them to the public such that if there is going to be any protest the people who will be coming out would be more enlightened.

The people who led the protest need to watch carefully if their own interest is the same with the people following them. If God had not taken control, this situation would have degenerated badly. We have to give kudos to the Lagos State governor, Babajide Sanwoolu. At a point, he was confused. But he was able to get on top of it when he gave the order for the curfew. At that point, the people who embedded themselves into the protest saw that their aim would not be achieved due to the curfew.

Senator Bola Tinubu seems to have been at the receiving end of the backlash that followed the shooting at the Lekki toll gate. TVC, The Nation newspaper and other things said to be linked to him in terms of ownership were attacked. What do you make of this?

To be honest, it is not new for people to assume a lot of things. I am not going to assume that Bola Tinubu owns TVC, Oriental, The Nation. This has always been the speculation in the public. For the sake of argument, the parent company of Oriental came out that Bola Tinubu has nothing to with them and that it is unfortunate that their hotel is on fire. That does not mean that Bola Tinubu does not own TVC or The Nation or any other enterprise. It is going to be hard for me to go ahead and assume all these things since I have never seen the certificates bearing his names in front of me.

I am not his Personal Assistant. He is what he is. However, whoever owns those businesses has been at the receiving end of all these. We must understand that all those establishments razed down were targeted. It was not random. They were targeted on the premise that the establishments belong to a person. But what happens if these companies were not owned by Tinubu? It would be a loss. What if they do not have insurance to recover their losses? It was a misplaced priority to be honest with you.

The protesters started missing it when I saw them blocking the roads. They could not be fighting for people and at the same time making life difficult for the same people you are fighting for. Does Bola Tinubu own the prisons that were set ablaze in Edo, Ondo and Lagos?

Given what has been dubbed the massive drop in the stock of Governor Sanwo-Olu and Senator Bola Tinubu as a result of the protest, do you see this event echoing in the preparations for the 2023 elections?

I want to talk to those good and great protesters, the 95 per cent I mentioned earlier; these people that had the genuine mind, are the ones that really want a change, an end to police brutality and bad government. All these energies used for these protests should not be channelled to collect money from politicians to go ahead and vote, because if they do so, that will be a disaster. That would mean we are in a dead nation. There is no more hope.

They need to come out with this same energy that we have seen now in 2023 and elect a good leader, a leader that will be accountable and answerable to them and to all of us. There is only one way a leader will be answerable to the people and that is if the leader is elected by the people and not by his money. When somebody gets elected by his money, he is no longer accountable to anyone. He will tell the people they have collected their money and he has got his votes, and he would do whatever he wants to do.

If a person is elected into office without spending money, he will be worried and scared of the people that voted for him. This is not what is going on in Nigeria now because many of our leaders today still get elected through money. How can we be budgeting billions for elections?

This situation can bring us into electoral reforms because electoral reforms still need to come to play in the area of sponsorship of candidates. It is not enough for the electoral law to state that a political party must sponsor a candidate. Whenever a candidate declares intention to run for any office, that candidate must be able to have an account with a bank where all the funds he or she will be using throughout the election would be deposited and the account should be monitored how it is spent and there should be provisions for the candidate not to spend any money outside that account. The account has to be exposed to the local police department as well as the INEC for it to be monitored. Spending outside it should be a violation which could lead to expulsion from the electoral process.

These youths, all of us inclusive, must stand against moneybags dominating our elections. We now know that people can come out en masse to challenge the status quo. We need to show this during the 2023 elections so that the right people can have the confidence to come out and ask for votes from Nigerians. Many people cannot come out for electoral positions because of fears that no one would listen to them when they do not even have money.

I hope these same youths would not allow themselves to be used by the same politicians. I look forward to a time when youths would slap politicians who would offer them money for elections.

For the 2023 presidential election, different views are coming forth. Kaduna State governor, Nasir El Rufai, says a competent person from any part of the country should succeed Buhari, while some others say it is the turn of the South. What is your take?

Prior to the June 12, 1993 election, there had been many northern military heads of state. Then came the Babangida transition programme which produced the late Chief MKO Abiola as the winner of the June 12 election. He won the election but was not sworn in. General Abdusalami Abubakar military government [oversaw a transition programme] and Chief Olusegun Obasanjo was elected. Obasanjo did a good job by looking into the South-South and the plight of the people. He contributed to Dr Goodluck Jonathan’s emergence as the vice-president to the late Umaru Yar’Adua. Unfortunately, Yar’Adua passed on and Jonathan became the president. The clamour for power to rotate back to the North contributed largely to defeat of Jonathan by President Muhammadu Buhari, in line with the agreement to have power rotation on eight years basis. Sometimes, political parties do have arrangements. If the agreement in the APC is for the North to have presidency for eight years, after which it comes to the South, then let it be respected. If some elements in the party refuse and do not want to respect it, then there will be consequence for that.

We have to look into what is coming. APC is not the only political party in Nigeria. There is PDP and there are some other smaller political parties. The reality is just APC and PDP. Let us look at PDP and APC.  Who will the APC feature for the 2023 presidential election? If the arrangement is already on the ground for them, let the southerner be. El Rufai can say mathematically anybody that wants to be the president can be the president. There is no constitutional arrangement that the president should come from a certain part of the country or that the presidency should be rotated from one region to the other. All these are true. But if there was an arrangement, it is better to respect it.  If there was no such arrangement, let us do something that is fair, unless APC is trying to lose the presidency. I will not say more than that.

Outrage as IGP directs policemen to use force on protesters