Arts and Culture
By Akintayo Abodunrin On May 29, 2022 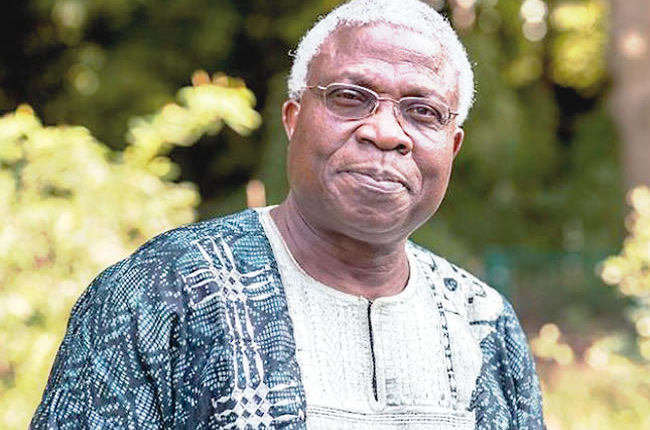 Head, Department of English, University of Ibadan, Professor Toyin Jegede, will chair the event while the Ekiti State Governor, Dr Kayode Fayemi, is the special guest of honour.

A notice signed by the Festival Director, Tunde Laniyan, disclosed that proceedings at the event featuring poetry, music, theatre, dance and drumming would start by 9 am.

NOIPOFEST started in 2015 in honour of the multiple award-winning Osundare, a world-class poet, scholar and public intellectual who previously taught at the Department of English, University of Ibadan.

Born in Ikere-Ekiti, Ekiti State, in 1947, Prof Osundare was educated at the University of Ibadan, University of Leeds and York University, Toronto, Canada.

His poetry collections include ‹City Without People: The Katrina Poems›, ‹Random Blues›, ‹Days›, ‹The Word Is an Egg›, ‹Midlife›, ‹Waiting Laughter’s›, ‹Moonsongs› and ‹The Eye of the Earth› among others.

Professor Osundare has won awards and prizes, including the Association of Nigerian Authors (ANA) Prize, the Cadbury/ANA Prize, the Commonwealth Poetry Prize, the Noma Award, the Tchicaya U Tam›si Award for African Poetry, and the Fonlon/Nichols Award for «excellence in literary creativity combined with significant contributions to Human Rights in Africa». He received the 2014 Nigerian National Merit Award.

He was a columnist for Newswatch and had poetry columns in Sunday Tribune, the rested NEXT newspaper, and The Nation. His latest works, ‹GREEN: Sighs of Our Ailing Planet› and ‹Snapsongs: Home groans and Foreign flares›, were released earlier this year.

Crack in APC as NWC member petitions Buhari, others