2021: The excitements, the intrigues, the regrets 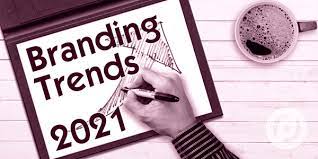 For many, in the nation’s integrated marketing communications space, Year 2021, could be described as a bag of mixed feelings. Despite the initial bog-down, a carry-over of the COVID-19 pandemic experienced at the initial quarters of the year, not a few activities later generated excitements, intrigues, controversies and even some regrets, as the year eventually matured.

Since his appointment, on September 1, 2020, as the Registrar/Chief Executive Officer of the Advertising Practitioners Council of Nigeria (APCON), Dr. Lekan Fadolapo, has never hidden intention to make the much-needed difference in the nation’s advertising space.

Interestingly, the Kwara-born chartered accountant is on a familiar terrain. He had operated in a similar capacity in one of the sectoral groups within the industry, the Advertising Agencies Association of Nigeria (AAAN), as the Executive Director.

For him, the industry must be thoroughly reformed and made to assume its pride of place. As a way of walking the talk, therefore, different reformatory initiatives aimed at accelerating pace of economic recovery post-pandemic were unveiled, in the outgoing year.

Such initiatives included:  the Advertising Industry Standard of Practice (AISOP), the introduction of the Nigerian Code of Advertising Practice/Sales Promotion and Other Rights/Restrictions on Practice 96th Edition), among others.

But, laudable as those reforms seem, getting stakeholders to accept some of them was not going to be a stroll in the park for the new man in the saddle at the industry’s apex regulatory body.

For instance,  the dust that heralded the launch of AISOP, on Wednesday, October 6, 2021, had hardly settled, when a formidable sectoral group in the industry, the Advertising Agencies Association of Nigeria (ADVAN), stirred the hornets’ nest, by publicly rejecting the document.

The association, in a statement, described some clauses in the document as an unconstitutional attempt at infringing on the rights of private entities to determine their contractual  terms.

Not a few stakeholders in the industry were caught off-guard, with this response, especially going by the assurance by the apex regulatory body that all stakeholders in the practice were carried along at the formative stages of the document. Why ADVAN would therefore decide to back out after the document it participated in formulating was unveiled, has continued to generate controversies in the industry.

For instance, the claim by the association against the Lagos State Signage and Advertisement Agency, of not providing a level-playing field in the industry continued in the year.

A major grouse the outdoor practitioners nursed against LASAA remains the planned concession of some major roads in the state allegedly to the agency’s cronies.

Another, they claim, is the agency’s decision to also be an active operator, in a space it is statutorily mandated to regulate.

While officials at LASAA had however made several attempts at denying some of those claims, practitioners would rather treat such denials with a pint of salt.

Such mutual distrusts however came into the open, in September, 2021,  when the association was conspicuously absent on the first day of the event it should have played a major role, the Out of Home Advertising Conference and Exhibition,  organised by LASAA, in Lagos.

Also,  the amendment to the sixth Edition of the Nigeria Broadcasting Code, unveiled on 26th May, by the National Broadcasting Commission (NBC) this year,  no doubt, threw some significant dust.

The amendment was with a major highlight that removed practices, identified by the commission as anti-competitive and also barred  the broadcasters and licencees of the NBC,  from entering into agreements that would give such broadcaster exclusivity over content, among other things.

But stakeholders would have none of such!

For instance, former Chairman, Nigerian Union of Journalists (NUJ), Lagos Chapter, Mr. Lanre Arogundade and a lecturer in the Mass Communication Department of the Lagos State University (LASU), Dr. Tunde Akanni, in their publication, titled: ‘Question Marks on the 6th NBC Code Amendments’, argued that the new Code, among other things, seek to confer arbitrary powers on the NBC.

Not a few stakeholders believe only a few issues in the industry had generated the type of controversies the Code had elicited in the past few months.

A major regret in the industry is, however, the  refusal of the federal government to give the apex regulatory body in the industry, APCON, a governing council. Not a few stakeholders had nursed feeling that with the swift manner the government had handled the appointment of its Registrar the previous year, it was a matter of time before a new chairman would be announced.

Unfortunately, with the recent developments, it is obvious that such optimism is misplaced, and stakeholders might need to tarry a bit longer.

Outdoor Ad: Will the mutual distrust continue in 2022?